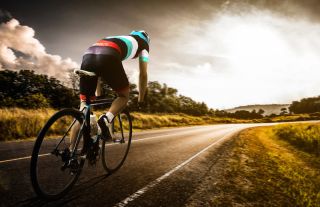 A special energy drink that alters a person's metabolism may allow elite endurance athletes to go even farther in their workouts, according to a new study.

Researchers found that the highly trained cyclists in the study who consumed the drink traveled about 0.25 miles farther, on average, within a half-hour period than cyclists who consumed other types of energy drinks.

The new results show that "with a single drink of nutritional ketone you can do the same exercise with completely different metabolism," lead study author Dr. Pete Cox, a clinician at the University of Oxford, said in a statement.

Normally, human muscles get the energy they need to function during exercise from burning fats and carbs. But when those stores are depleted, the body turns to ketones — molecules that are made in the liver from the breakdown of body fat —as an emergency source of energy. [How Fat Is Lost from the Body]

Now, in the new study, the researchers examined whether the drink could help 39 professional cyclists improve performance. The researchers divided the cyclists into three groups and gave each group a different type of energy drink. Cyclists in one group received the ketone drink, while cyclists in the other groups received energy drinks infused with either fats or carbohydrates.

Then, during several experiments, the researchers asked the cyclists to cycle as far as they could for periods that ranged from 30 minutes to 2 hours. The researchers took samples of the cyclists' muscle tissue before and after they exercised and examined these samples in the lab. They also collected blood samples at regular intervals from the cyclists while the cyclists exercised.

During one of the experiments, the cyclists who had been given the ketone-infused drinks cycled an average of 0.25 miles farther over 30 minutes than those who had the carbohydrate- or fat-infused drinks.

The researchers also found that the cyclists who drank the ketone-infused drink had the lowest blood levels of lactate, a molecule that is a byproduct of the body's breakdown of sugar, called glucose, and that is responsible for the achy, tired feeling that follows a strenuous workout.

This finding could mean that the drink may inhibit the breakdown of glucose in the muscles during exercise, possibly allowing the muscles to preserve their stores of glycogen, a type of carbohydrate that has been linked with increased work output and duration during aerobic exercise.

This lactate finding may also explain why the participants who consumed the ketone drink were able to cycle farther than those who consumed the other drinks, the researchers said. [How to Start an Exercise Routine and Stick to It]

"What may be happening is if you are doing something that isn't a sprint, like going on a 26-mile run, you won't hit the wall as quickly," thanks to the preserved glycogen, study co-author Kieran Clarke, a biochemist at the University of Oxford, said in a statement.

A University of Oxford spinout company is now working on developing and commercializing the ketone drink (the drink is not yet available to consumers). Several of the researchers involved in the study may receive royalties from the commercialization of the ketones used in the study.

Though the idea of the ketone drink is interesting, more studies should be conducted to determine that it really is safe to use, said Dr. Suzanne Steinbaum, the director of Women's Heart Health at Lenox Hill Hospital in New York, who was not involved in the study.

"I think what we really have to do is be very cautious and need to make sure that something is safe before [people] use it," she told Live Science. This is important because the use of some other energy drinks has been linked to cases of heart conditions, palpitations and even death, she said.