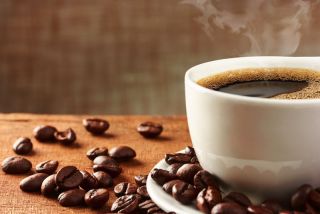 Caffeine — found in coffee, tea, soda and even chocolate — is the most widely consumed psychoactive substance on the planet. Used predominantly as a means to perk people up, the stimulant is legal and unregulated in most parts of the world. However, it's commonly thought that caffeine is responsible for some undesirable side effects, including dehydration.

The idea that caffeine can cause dehydration can be traced to a study performed in 1928 that noted increased urination in people who drank caffeinated beverages, and suggested that caffeine was a diuretic, according to Lawrence Armstrong, a professor in the Department of Kinesiology at the University of Connecticut and director of the Human Performance Laboratory. The idea spread, and caffeine's reputation as a dehydrating substance was solidified.

But science says it's a bit more complicated than that. [10 Things You Need to Know About Coffee]

"[T]he truth of the matter is, a small increase in urine output has little to do with dehydrating the body," Armstrong told Live Science.

He added that any increase in fluid input will lead to an increase in urine output. "If you drink a liter of water, [urination] will increase," Armstrong said. "Doesn't mean you shouldn't drink water."

In 2005, Armstrong and a team of researchers set out to put the myth to rest. They controlled the diets of 59 healthy males for 11 days, supplementing their daily consumption with body-mass-appropriate doses of caffeine, administered twice a day via capsule. Throughout the study, the researchers employed 20 different hydration biomarkers, such as urine volume and fluid-electrolyte balance, to assess dehydration.

While previous studies had investigated the effects of caffeine over short periods of time, Armstrong's research was the first to evaluate caffeine consumption for a continuous period longer than 24 hours.

The study found that the evaluated hydration indicators, including urine volume, were similar for all of the treatment groups. This finding demonstrates that caffeine does not have a dehydrating effect when compared to the control group (participants who received a placebo and did not consume any caffeine). The scientists also found that a higher dose of caffeine was no more likely to dehydrate a person than smaller doses were.

According to a 2016 investigation conducted by the University of Washington's Center for Public Health Nutrition, coffee remains the most significant source of caffeine in American diets. Though it doesn't cause dehydration, the stimulant has its share of purported side effects, including rumors that it may stunt people's growth or cause cancer. However, scientific research so far has not supported the idea that caffeine is bad for you, either.

"The fact that we don't have hospital emergency rooms filled [with patients] because they [drank] caffeinated beverages is clear evidence ... If there were negative health effects, [they] certainly would have been identified," Armstrong said. [10 Interesting Facts About Caffeine]

It is possible to consume too much caffeine, but Armstrong said the lethal dose is about 10,000 milligrams in a day. To put that number into perspective, the Mayo Clinic reports that an 8-ounce cup of coffee contains about 95 milligrams of caffeine. So, in order to overdose, you'd have to drink more than 100 cups of coffee in a day.

In fact, some scientific studies show that coffee actually has a number of health benefits.

"There's a lot more in a coffee bean than caffeine," Armstrong said. "The highest antioxidant intake among adults in America comes from coffee."

Research suggests that ingredients in coffee can protect against liver cancer, prevent the development of type 2 diabetes, lower blood pressure, and even combat dementia and depression, Science News reported.

Concerns about excessive caffeine consumption, particularly in children and adolescents, as well as harmful interactions with other drugs such as alcohol, require further research. But as it stands, your daily cup of joe isn't going to dehydrate you, and it might just have some added health benefits while getting you through your morning.