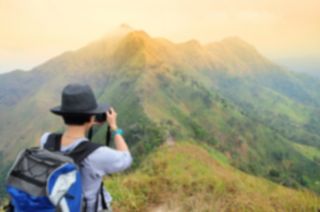 The next time your friends roll their eyes when you're snapping a selfie or taking a photo of your dessert, tell them that according to new research, photographing everyday things can actually make people happier.

"To the best of our knowledge, this research is the first extensive investigation examining how taking photos affects people's enjoyment of their experiences," Kristin Diehl, an associate professor of marketing at the University of Southern California and the study's lead researcher, wrote in the study with her colleagues. "We show that, relative to not taking photos, photography can heighten enjoyment of positive experiences by increasing engagement." [5 Technologies for the Selfie-Obsessed

During each of the study's nine experiments (three in real-life situations, and six in the lab), people were asked to either take photos or abstain from photography during an everyday activity, such as eating a meal. In nearly every experiment, the group that took photos reported higher levels of enjoyment, the researchers said.

The new research shows that isn't the case and that photography does increase a person's enjoyment, because it increases his or her engagement in the activity, the researchers said.

For example, in one experiment, people toured a museum while wearing glasses that tracked their eye movements. The group that took photos spent more time looking at the artifacts than those who didn't take photos, the researchers found.

What's more, even thinking about taking photos can increase a person's enjoyment of the activity, the researchers reported. This suggests that it is "the mental process of photo taking, rather than merely the photo-taking mechanics, that triggers greater engagement and thus increases enjoyment," they wrote in the study. [Photo Future: 7 High-Tech Ways to Share Images]

When photos are a drag

But photography isn't all fun and games. For instance, if the camera is difficult to carry, it might not increase a person's enjoyment, the researchers noted.

And in some cases, photography can make situations unpleasant. For example, when people in the study took a virtual safari and watched a pride of lions attack a water buffalo, the people who took photos of the bloody event reported a lower enjoyment of the activity than those who didn't take photos, the researchers said.

The study was published online June 6 in the journal of Personality and Social Psychology.