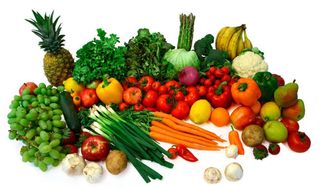 Japanese scientists are growing vegetables in sterile environments, the Daily Mail reports. No dirt, no bugs. Just water and nutrients, plus perfectly controlled lighting and air.

It's part of a global effort to produce more food and safer food. In recent years, protests and violence in several countries has shown that food — like water and oil — is a necessity that's too often in short supply. Science produced a "green revolution" with major advances in crop science between the 1940s and 1970s, and they're aiming to do it again.

But new methods clash with old ones. A U.S. study last year found people are willing to pay more for locally grown food.

Japan, meanwhile, is known for its family farms, tucked into the 'burbs and supplying cities in a "picked today, eaten tonight" scheme that produces fruits and veggies that are far tastier than what you'll typically find in an American supermarket, where produce is often picked before its ripe and flown or trucked in from other states and countries.

Meanwhile, bacteria scares have prompted governments to step up watchdog efforts. The U.S. Food and Drug Administration said this week it has expanded offices globally to improve the safety of food and drugs. Japanese officials are worried about chemicals in vegetables, too, so they support the sterile approach.

Among the advantages to Japan's new lab-like greenhouses, some of which are vast warehouses producing millions of vegetables a year: no pesticides and no need to even wash the lettuce before eating.

You gotta wonder about taste, though. Perhaps you've tried those plump red tomatoes at the grocery that taste like Styrofoam?

U.S. scientists, meanwhile, are taking a tasteful approach to food science by extracting DNA from veggies to find mutants that are tastier, or more colorful, and then they cultivate the special traits and put the seeds into a library for future use.

Ultimately, scientists say we'll all have to get over our distaste of genetically modified (GM) crops if we want to feed the world. Lettuce just hope quantity does not grow at the expense of quality.