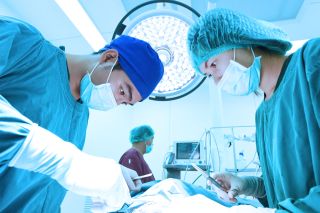 A 64-year-old man in Massachusetts has become the first person in the United States to receive a penis transplant, doctors announced today.

The patient, Thomas Manning, needed his penis removed in 2012 because of aggressive penile cancer. The penile transplant was performed in order to reconstruct the genitalia so it has a more natural appearance, restore urinary function and hopefully achieve sexual function, the doctors said.

"We are hopeful that these reconstructive techniques will allow us to alleviate the suffering and despair of those who have experienced devastating genitourinary injuries and are often so despondent they consider taking their own lives," Dr. Curtis Cetrulo, of the Massachusetts General Hospital (MGH) Division of Plastic and Reconstructive Surgery, said in a statement.

So far, the patient has not had signs of organ rejection or infection, which are potential complications of the procedure.

Right now the procedure is considered experimental, but as doctors learn more, they hope to offer the transplant to more patients, including combat veterans who have experienced significant injuries to the genitals, the doctors said.

"We are delighted to have taken the first steps to help those patients who have suffered silently for far too long," said Dr. Dicken S.C. Ko, a urologist and transplant surgeon, also at MGH.

In a statement, Manning said, "Today I begin a new chapter filled with personal hope and hope for others who have suffered genital injuries, particularly for our service members who put their lives on the line and suffer serious damage as a result.

"In sharing this success with all of you, it's my hope we can usher in a bright future for this type of transplantation," Manning said.

Previously, penis transplants have been performed in South Africa and China.