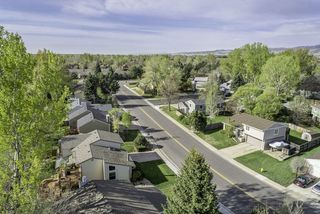 Having a lot of green around your home might help you live longer, according to a new study of more than 100,000 U.S. women.

Women in the study with the most greenness near their homes — whether it was plants, trees and other vegetation — had a 12 percent lower death rate during the study period, compared with women who had the least amount of vegetation near their homes, the researchers found.

"It is important to know that trees and plants provide health benefits in our communities, as well as beauty," Linda Birnbaum, director of the National Institute of Environmental Health Sciences, which funded the study, said in a statement. "The finding of reduced mortality suggests that vegetation may be important to health in a broad range of ways."

For the study, researchers at the Harvard T.H. Chan School of Public Health and Brigham and Women's Hospital in Boston looked at the level of vegetation around the homes of about 110,000 women who were registered nurses living across the United States, and were participating in a large ongoing research effort called the Nurses' Health Study. The participants had given their home addresses, and the researchers used satellite imagery to determine the amount of vegetation within 250 meters (820 feet) of their homes.

Living in an area with a lot of vegetation was linked with a lower rate of death from any cause (excluding accidental injuries).

There are a number of reasons why vegetation near the home could lead to a longer life span, including providing space for physical activity or social gatherings, or decreasing stress and depression through contact with nature, the researchers said.

The researchers took into account changes in vegetation around the home during the study period, as well as other factors that can affect mortality, such as a person's age, ethnicity or income level.

The study was published April 14 in the journal Environmental Health Perspectives.