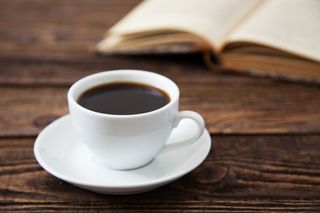 You can now add coffee to the growing list of foods and drinks that are available as products infused with marijuana.

Several companies have started selling cannabis-laced coffee, claiming to give users an added "buzz" to their cup of joe.

But what happens when you combine two psychoactive substances: marijuana and caffeine?

The effects of using these two substances in combination have not been heavily researched, said Dr. Scott Krakower, the assistant unit chief of psychiatry at Zucker Hillside Hospital in New Hyde Park, New York. But using two drugs in combination can always potentially be a problem, he said.

There is some evidence from lab and animal studies that suggests that taken together, caffeine and marijuana "would mix, neuro-chemically," Krakower told Live Science. In other words, they would have different effects when used together then you'd expect from looking at the effects that each compound has when used alone.

For example, it appears that the combination of caffeine and THC (the compound in marijuana responsible for its psychoactive effects) may worsen a person's working memory, Krakower said. This is counterintuitive, as other research suggests that caffeine may contain cognitive-enhancing properties, he said. There seems to be some sort of compounding when the two chemicals are taken together that works against you, he said.

There's also the issue of taking a stimulant (caffeine) and a depressant (marijuana) at the same time, he said.

The combination of the two will likely make the user feel wired and tired at the same time, he said. But taking caffeine with marijuana would not cancel out the high induced by the drug, he noted. And it would be a mistake to think that someone could get high and then sober up, thanks to the caffeine, Krakower said.

The potentially harmful cognitive effects of the combination are concerning, he said.

Much more research is needed into the subject, however, Krakower added. [The Drug Talk: 7 New Tips for Today's Parents]

With the legalization of marijuana in some states, edible products are growing in popularity. Some experts are concerned that these products may lead users to consume more THC than they intend to, because the onset of the drug's effects are slower when it is ingested as opposed to smoked — as they wait, users may eat more, to feel an effect.

In addition, labels on products containing THC may not be accurate. In a 2015 study published in JAMA, researchers found that only 13 out of 75 edible marijuana products had labels that accurately listed the product's levels of THC.