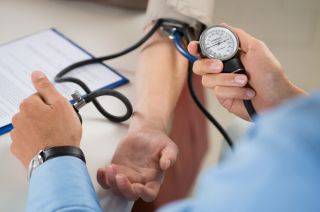 A bout of shingles may increase your risk for other serious health conditions — namely, a stroke or a heart attack — a new study finds.

People in the study who had shingles, a disease caused by the herpes zoster virus, faced a 2.4-fold increased risk of stroke, and a 1.7-fold increased risk of heart attack during the first week following their shingles diagnosis, according to the findings published today (Dec. 15) in the journal PLOS Medicine.

Because cardiovascular events are major causes of mortality, it's important to understand what causes these events, and what can be done to prevent them, said Caroline Minassian, a researcher at the London School of Hygiene & Tropical Medicine and the lead author on the study. [Chickenpox & Shingles: Causes, Symptoms & Treatment]

"Our study highlights when patients with shingles may be most vulnerable" to having a heart attack or stroke, Minassian told Live Science.

The study showed that patients with shingles had a higher risk of stroke and heart attack during the first three months after their shingles diagnosis, Minassian said. "The risk peaked in the first week after diagnosis, and gradually returned to normal levels within six months," she said.

This is not the first study to look at a link between shingles and cardiovascular events. Minassian's group previously found that shingles was associated with a temporary increase in stroke risk in a British population.

That previous study, however, compared people who had shingles to people who did not have shingles, so factors such as differences in cardiovascular risk may have affected the results, Minassian said.

In the new study, the researchers only included people who reported having shingles, and compared the people who went on to have a heart attack or stroke with those who did not.

The researchers looked at data on more than 137,000 Medicare beneficiaries (all of whom were ages 65 or older) who had been diagnosed with shingles. Of this group, the researchers found 42,954 cases of stroke and 24,237 cases of heart attack.

People's risk of a stroke or a heart attack was greatest in the week following their shingles diagnosis, and gradually decreased over time, according to the study. For example, the risk of a stroke after a shingles diagnosis dropped from a 2.4-fold increase in risk in the first week, to a 1.6-fold increase in risk two to four weeks after the diagnosis, to a 1.2-fold greater risk five to 12 weeks after the diagnosis. By week 27, the risk returned to baseline.

This increased risk is likely due to the biological effects of a shingles infection, the researchers wrote. For example, inflammation from having shingles could lead to a blood clot, which in turn could cause a stroke or heart attack, according to the study. Shingles may also bring on incidents of elevated blood pressure, due to pain or stress associated with the disease, they wrote.

The study does not definitively prove that there is a cause-and-effect relationship between having shingles and an increased risk of heart attack or stroke, the researchers noted. However, "the rapid increase in the rate of acute cardiovascular events after [shingles] diagnosis, following by gradual resolution, is supportive of a causative association," the researchers wrote in their conclusion. In other words, because the researchers found that the risk of heart attack or stroke increases so quickly after a bout of shingles begins, and then gradually levels off, the findings support the idea that shingles may cause the increased risk.

Confirming the results in other settings would add more weight to the findings, Minassian said.

Minassian also cautioned that other factors — such as major life events or stress at the time of shingles — might also play a role in people's cardiovascular risk.