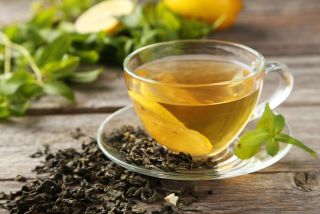 A mysterious green tea drink likely caused a healthy teenage girl in the U.K. to develop an acute case of hepatitis, according to a new report of the girl's case.

The 16-year-old told her doctors she ordered the tea online after hearing that it might help her lose weight. But after drinking three cups of the tea daily for three months, she began having health problems, including jaundice, according to the case report, published online Sept. 23 in the journal BMJ Case Reports. Jaundice is a yellowing of the skin, and is often a sign of liver problems.

"I had only lost a couple of pounds, but then started having horrible pains in my joints, and felt very dizzy and sick," the girl said, writing in the "patient perspective" section of the case report. "I was very scared when I was admitted to hospital and had lots of tests, [and] I didn't fully understand what was going on at the time," she wrote. [10 Ways to Promote Kids' Healthy Eating Habits]

The girl told her doctors that she wasn't taking any over-the-counter medications, and tests showed that despite the inflammation in her liver, she didn't have any viral diseases, or problems with her immune system or metabolism, according to the report.

However, the doctors took note when the girl mentioned her relatively new green-tea (Camellia sinensis) routine.

Most of the ingredients listed on the tea's label were written in Chinese, so the girl wasn't sure what was in it, but her doctors advised her to stop drinking it. They also treated her with intravenous fluids and a medication called N-acetylcysteine, which is used to treat people with certain types of liver problems, including liver failure due to drugs or other toxic compounds.

"After ceasing green tea consumption, there was a rapid and sustained recovery of her hepatitis," the doctors wrote in the report.

At a checkup two months later, the girl's liver was functioning normally, the doctors reported.

"I will never buy any online tea again or any weight loss pills," the girl wrote in the report. "People should be more aware of what they are buying, and the side effects."

The doctors didn't analyze the chemistry of the green tea, but they said in their report that it was the likely cause of the girl's acute hepatitis.

In fact, this girl's case would be far from the first time green tea was found to cause liver damage. In a 2005 case report, doctors in France described how a person who wanted to lose weight and took a supplement called Exolise — which is a dry extract of green tea that also contains caffeine — ended up needing a liver transplant.

In another report, a 63-year-old woman took capsules containing a concentrated green tea extract on the recommendation of her cancer support group. But she developed acute hepatitis after taking the capsules, the authors of the 2014 report said.

Moreover, green tea is just one of many "natural remedies" that have been linked to liver problems. A 2008 Spanish study found 13 cases listed in the Spanish Liver Toxicity Registry between 1994 and 2006 that were related to taking herbal remedies or dietary supplements. These cases amount to 2 percent of all reports in the registry — meaning that natural remedies led to more instances of liver damage than painkillers, anti-anxiety medications and antipsychotic drugs did, according to the researchers.

But green tea drinkers shouldn't abandon the beverage, the researchers said. Drinking regular green tea — as opposed to special teas that boast of helping weight loss, or tea-containing supplements — is unlikely to cause liver damage. It's the "secondary or tertiary processed products, rather than the freshly made leaves, that have been described in previous case reports," the authors said.

People should take a lesson from the case report, and say, "'I have to be careful of what I ingest and know what herbal products I'm taking, because some things can cause problems,'" said Dr. David Bernstein, the chief of hepatology at the North Shore Long Island Jewish Health System in New York, who wasn't involved in the case report.

Normally, the liver breaks down toxic substances and converts them into harmless metabolites. But if those metabolites are toxic, "well, that's a real issue," Bernstein said.