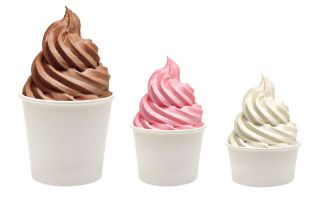 An update to the serving sizes listed on food labels will better reflect the amount of food people actually eat, the Food and Drug Administration (FDA) says. But determining an appropriate serving size may be trickier than you think.

For example, on 20-ounce soda bottles, the current labels list a serving as 8 ounces, and therefore, a bottle contains 2.5 servings. But most people down the whole bottle in one sitting. Under the FDA's proposal, this label would be changed so that the bottle would contain just one serving — and the number of calories and the amount of carbohydrates in a serving would be adjusted accordingly. [8 Top Meals from Nutritionists]

Serving sizes were established two decades ago, but they were based on studies done in the 1970s and 1980s, according to the FDA. Since then, the way people eat has changed, the FDA said.

If the changes are approved, consumers won't see them for a while — the new sizes would go into effect next year, but the FDA would allow manufacturers up to two years to make the changes to labels.

To find out how much people actually should be eating, Live Science contacted several dietitians. Here, we give you the low-down on what these experts said a reasonable serving size should be, for five common foods.

The FDA currently calls one-half cup of ice cream a serving. "But I don't know anyone who eats half a cup of ice cream," said Katherine Tallmadge, a registered dietitian and op-ed contributor to Live Science. Instead, 1 cup is reasonable, she said.

However, that's for ordinary, standard ice cream, she added. Premium ice creams can have as much as 600 calories per cup, whereas a standard ice cream would be around 300 calories, she said. That's why it's important for people to pay attention to not only serving size, but also how many calories are in their food, she said.

Andrea Giancoli, also a registered dietitian, agreed, saying that she recommends 1 cup "because half a cup is so disappointing," she told Live Science.

However, Heather Mangieri, a registered dietitian and spokesperson for the Academy of Nutrition and Dietetics, said she thinks the current serving size of half a cup is appropriate. She said she bases her recommendations on the amount of carbohydrates a serving contains.

For fruit juice, "6 ounces — that's the size of a usual juice glass" — is a reasonable serving size, Tallmadge said.

Giancoli agreed, that 6 ounces was reasonable, but she also hedged slightly – 8 ounces could be OK, but no more, she said.

Mangieri recommended a smaller amount: Half a cup, or 4 ounces. That amount of juice contains about 14 grams of carbohydrates, she said.

The U.S. Department of Agriculture (USDA) defines a serving of fruit as cup, an amount equal to a small apple or half of a large banana, Tallmadge said. "But my first response would be it doesn't matter, because eating more fruit is good," she said.

Agreeing, Giancoli said that it's OK to eat large servings of fruit. "Don’t worry about it!" she said.

Mangieri said that people should remember that even with healthy foods, eating a variety is important. "Eating only half a banana for a snack won't likely fill anyone up, but that doesn't mean you should eat two bananas." She recommended eating half of a banana along with some Greek yogurt, almonds and granola, for example.

Currently, the USDA considers 3 ounces of chicken breast to be one serving. And here, everyone agreed: 3 to 4 ounces is a sensible serving size. That's the appropriate amount of protein to eat at one meal, Mangieri said.

However, it's not realistic to think that this means eating a typical chicken breast from the grocery store, Tallmadge said. You can't buy a chicken breast of that size today — they're usually about 6 to 8 ounces, she said. Her recommendation is to cut it in half. A serving that is about the size of a deck of cards is a good goal, she said.

For French fries, Mangieri recommended eating no more than eight to 10 fries, in order to limit your carbohydrates to 15 grams.

Tallmadge and Giancoli agreed that a sensible serving size is a very small portion. "Less than a small [size] at McDonald's," Tallmadge said. Giancoli recommended going for a kid's size.

How's that stack up to a large order of fries? It's less than a quarter of the size.