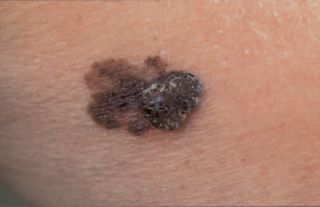 People who receive organ transplants may have an increased risk of developing the deadly skin cancer melanoma, according to a new study.

Researchers found that the risk of melanoma among the organ transplant recipients in the study was about double that of people in the general population.

Moreover, the organ transplant recipients faced a risk of regional-stage melanoma - cancer that has begun to spread to other parts of the body - that was about quadruple that of the general population.

The researchers were surprised to see such a large increase in the risk of regional-stage melanoma, considering that the health of transplant recipients is generally closely monitored, said study author Hilary Robbins, a graduate student at Johns Hopkins Bloomberg School of Public Health in Baltimore. Such close monitoring should allow melanoma to be detected early, before the cancer starts to spread, she said.

The risk of regional-stage and distant-stage melanoma — in which tumor cells have spread to other parts of the body and have begun to grow at a new location — peaked within four years of receiving a transplant, and then decreased over time, the researchers found.

They also compared the post-melanoma survival rates between the 182 transplant recipients who developed the cancer during the study, with the survival rate of about 131,000 people who had melanoma but had not undergone an organ transplant.

It is not clear why people who have undergone organ transplants seem to have an increased risk of melanoma, but there are at least two possible reasons to explain the link, Robbins said. It could be that small melanomas that are not detected at the time of a transplant become aggressive and metastasize after the patient starts taking the necessary drugs that suppress the immune system to prevent organ rejection. "This could explain the early peak in regional- and distant-stage tumors," Robbins said.

But the increased risk of localized, early-stage melanomas among organ recipients may have something to do with a people's exposure to ultraviolet radiation while they are taking the immunosuppressive drugs. It could be that the drugs increase the skin damage from the radiation, the researchers said.

"In fact, we found that the risk of localized melanoma was increased in transplant recipients who were receiving azathioprine, an immunosuppressant medication that can increase skin damage from ultraviolet radiation," Robbins said.

However, more research is needed to confirm the findings, the researchers said.

The new study was published today (Aug. 13) in the Journal of Investigative Dermatology.