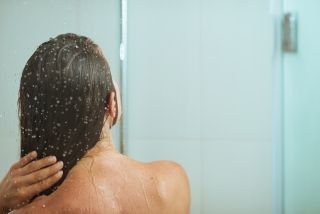 Women who use vaginal douches — a type of feminine care product — may be at a risk of increased exposure to chemicals called phthalates, which have been tied to negative effects on health, according to a new study.

In the study, researchers found that women who reported using douches in the past month had 52 percent higher urine levels of a compound that forms when the body breaks down one a phthalate called DEP, compared with women who had never used douches.

"The message of the study is that feminine care products such as vaginal douching products contain chemicals that may be harmful to women's health," said study author Ami Zota, an assistant professor of environmental and occupational health at the George Washington University in Washington, D.C. "Even though these products are available in your local drugstore, they can still pose a health concern."

The more frequently the women in the study douched, the greater the levels of the DEP compound in their urine. For example, the women who used douching products twice a month or more had urine concentrations of the compound that were 152 percent higher than those of women who had never used such products. [5 Myths About Women's Bodies]

Phthalates are present in many personal care items sold in drug stores, the researchers said.

In the study, the researchers looked at the levels of phthalates in the urine of 739 women, ages 20 to 49, along with their use of six different types of feminine hygiene products, including tampons, sanitary napkins, feminine sprays and wipes, in addition to douching products.

The only products linked with higher levels of phthalates were douches, according to the study, published today (July 14) in the journal Environmental Health.

The new study did not directly link phthalates to any health problems in women who used douches, Zota said.

However, previous research has shown that phthalates may interfere with the way human hormones work, including estrogen, testosterone and thyroid hormones, Zota said.

"Phthalates are also thought to be particularly harmful when the developing fetus is exposed in the womb," she told Live Science. For example, in a studypublished in October 2014 in the journal Environmental Health perspectives, researchers found an association between prenatal exposure to phthalates and an increased risk of asthma in childhood.

Douching has been also linked to increased risks of vaginal infections, pelvic inflammatory disease, problems during pregnancy and sexually transmitted disease, the researchers said. The American College of Obstetricians and Gynecologists advises that women do not douche, they noted.