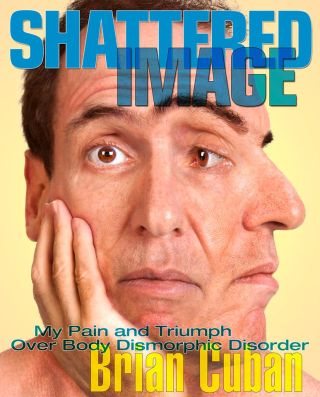 Who is to blame for your eating disorder? The answer is no one. Current science suggests eating disorders are biologically based, influenced by numerous complex environmental factors coming together — as they did for me, to create a perfect storm of anorexia and bulimia that lasted 27 years.

When none of that happened, and I descended into eating disorders, addiction and suicidal thoughts, blame was the other easy self-medication. As I moved into recovery and slowly became self-aware of where I was and how I got there, it no longer became about blame. It became about forgiveness. [Understanding the 10 Most Destructive Human Behaviors ]

When it became about education and awareness, it was clear that parents, bullies and the girls who rejected me were not the cause. It was about the tornado combination of already programmed genetic and psychological predispositions plus environment.

Which one is more important than the other? Science still doesn't know. This is one reason I recently participated in a genetic study that will explore this issue. The Anorexia Nervosa Genetics Initiative (ANGI) is the largest genetic investigation of eating disorders ever conducted. Researchers are collecting data and blood samples from individuals with anorexia nervosa and those without any eating disorder, with the goal of detecting gene variations that may play a role in this condition. Hopefully one day, science will identify a gene that will, without question, reveal who is predisposed to eating disorders.

Will that eliminate environmental factors? Of course not. Environment is important. There are numerous environmental factors that are correlated with eating disorders, such as bullying, sexual abuse, fat shaming, PTSD , domestic violence victims and observers. But, understanding the genetic component will be a groundbreaking step toward treating those who suffer from these conditions and for determining the influence of predisposition absent all other environmental factors.

Until that time, it is important to maintain a balanced approach to education and awareness. Blaming home environment is not the answer. Denying that home environment, however, could be a factor in my disorders in order to deflect emotional guilt and blame is also not the answer. The most freeing and profound moment in my eating disorder recovery was when I stopped blaming.

Those who advocate for eating disorder awareness and education must understand that someone who shares their eating disorder recovery story may put a premium on environment — and blame his or her parents for the disorder. If that is where that individual is in recovery, then that must be respected and not ridiculed, even if science indicates differently.

Acknowledging that an environment matters is not blame. It is understanding. It may very well be part of the recovery process for someone. Truth and more truth will educate and change views.

It's not a blame game. It’s not a game at all. It’s a deadly situation. Eating disorders have the highest mortality rate of any psychological illness. Let’s stay balanced on facts and science when we educate. That will raise awareness.