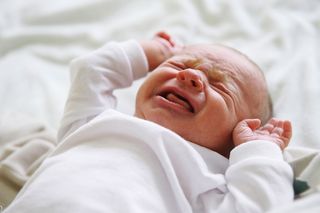 Children with autism may be more likely to have gastrointestinal problems early in life, compared with children who don't have the condition, a new study suggests.

Researchers analyzed information from children in Norway whose mothers had answered questions about their child's health during infancy and early childhood. The study included 195 children with autism spectrum disorder (ASD); 4,636 children who had other types of developmental delays; and more than 40,000 children with typical development (who did not have autism). Many of the children with autism had been diagnosed after their mothers completed the study survey.

The mothers' reports showed that children with autism had higher odds of experiencing symptoms such as constipation, food intolerance and food allergies at ages 6 to 18 months than the typically developing children did. (Food intolerance is a condition that can be similar to food allergies but is usually less severe.)

At ages 18 months to 3 years, the children with autism were more likely than typically developing children to have diarrhea, in addition to constipation and food allergies or intolerance, the study also found.

Children with autism were also more than twice as likely to have at least one gastrointestinal symptom during both of these age ranges, compared to children with other developmental delays or typical development, the study found. [Beyond Vaccines: 5 Things That Might Really Cause Autism]

Other researchers have suggested that genetics may play a role in both autism and gastrointestinal symptoms, or that the two conditions may share another underlying mechanism.

Future studies examining the reason for the link between autism and gastrointestinal symptoms should focus on early life, the researchers said.

"Even though GI symptoms are common in early childhood, physicians should be mindful that children with ASD may be experiencing more GI difficulties in the first three years of life" than children with typical development or other developmental delays, the researchers, from Columbia University, wrote in the March 25 issue of the journal JAMA Psychiatry.

"Treatments that address GI symptoms may significantly contribute to the well-being of children with ASD and may be useful in reducing difficult behaviors," they said.

The researchers noted that it's possible that mothers of children with autism tended to report GI symptoms in their children more often than these symptoms actually occurred, which would have affected the results. But the researchers also said that this possibility is unlikely — one previous study found that parents' reports of their children's gastrointestinal problems tended to agree with doctors' diagnoses, regardless of whether the children had autism.

The researchers also noted that a more conclusive study should be conducted in the future, when more cases of autism have been detected among the children in the study. The children were born between 2002 and 2008, and had follow-ups to look for signs of autism until 2013, but some of these children may have yet to be diagnosed with autism.