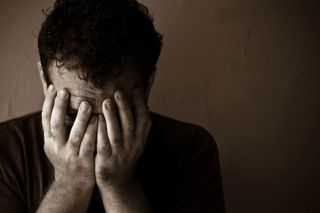 Rates of suicide among middle-age adults in the United States have increased in recent years, and a new study suggests that the economic downturn of 2007 played a role in this rise.

Researchers analyzed information on U.S. suicides between 2005 and 2010. They looked at circumstances involved in the suicides, including whether they were related to job or financial problems.

The researchers also found that the proportion of suicides that were related to job, financial or economic problems also increased for people in this age group, from about 33 percent in 2005, to 37.5 percent in 2010. In contrast, younger adults did not experience a rise in suicides related to employment, financial or legal problems, and for adults ages 65 and older, these circumstances accounted for less than 13 percent of suicides, the researchers said.

“Relative to other age groups, a larger and increasing proportion of middle-aged suicides have circumstances associated with job, financial, or legal distress," the researchers wrote in the Feb. 27 issue of the American Journal of Preventive Medicine. [5 Myths About Suicide, Debunked]

The sharpest increase in suicides related to job, financial or legal problems was seen around the worst years of the recession, between 2007 and 2008.

The findings agree with previous research that has found a link between economic recessions and an increase in suicides. Evidence suggests that the 2007 to 2009 recession "disproportionately affected the middle-aged in terms of house values, household finances, and hits to retirement accounts," said the researchers, from the Robert Wood Johnson Foundation and the Institute for Health, Health Care Policy and Aging Research in New Jersey.

The researchers concluded that "increased awareness is needed that job loss, bankruptcy, foreclosure, and other financial setbacks can be risk factors for suicide." People who interact with those in financial distress should improve their ability to recognize people at risk for suicide, and refer them for counseling, the researchers said.

Another possible solution would be to offer more mental health counseling during economic recessions,  as is currently done after natural disasters like earthquakes, they said.