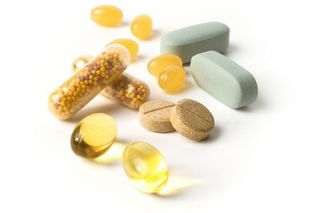 Dr. Gisele Wolf-Klein is program director for the geriatric fellowship and director of geriatric education for the North Shore-LIJ Health System, where for more than 30 years she has guided seniors on falls, healthy aging, and memory and medication challenges. Dr. Liron Sinvani is a geriatric hospitalist at North Shore University Hospital in Manhasset, N.Y., where she is conducting a study on improving geriatric care. She has published widely on the dietary supplement controversy. The authors contributed this article to Live Science's Expert Voices: Op-Ed & Insights.

The Latin axiom "caveat emptor," let the buyer beware, applies to people of all ages. But in our medical practices, we have witnessed the incredible dependence elderly patients have on herbal supplements to help them (in their minds, at least) prevent and manage chronic illness.

That is why we breathed a sigh of relief at recent action that may spur consumers, especially those in vulnerable age groups, to exercise more caution in purchasing products with no proven health benefits. On Feb. 3, the New York State attorney general's office demanded that four major retailers — GNC, Target, Walmart and Walgreens — remove certain store-brand herbal supplements from their shelves pending further quality-control measures. DNA testing on the supplements showed that a whopping 79 percent contained none of the herbs listed on their labels. Just as bad, the tests indicated the supplements often contained cheap fillers such as powdered rice, pine, citrus, houseplants and wheat — the latter despite claims on some labels that a product was wheat- and gluten-free.

Were we surprised to hear about these allegedly fraudulent and potentially dangerous supplements? Sadly, no. Copious research has delved into the dietary supplement industry, which boasts a global market of $68 billion, showing either fraudulent ingredients or tainted supplements packed with hidden ingredients. Recent research by Dr. Sinvani and colleagues also details how the vitamin and dietary supplement industry is a poorly regulated multibillion-dollar business, with the widespread use of supplements raising medical, social and ethical concerns, given the unclear benefits and the associations with health risks.

But the U.S. Food and Drug Administration (FDA) doesn't regulate supplements, since these products are not "drugs." So the New York State action marks the first time a law enforcement agency has cracked down on retailers for selling what appear to be deliberately deceptive products.

When we see patients, we ask them to bring along all their medications and supplements. Too often, we note that these seniors are taking up to 20 pills each day, but only a handful of these pills are actually prescribed drugs. Why are seniors spending so steeply on herbal supplements, often hundreds of dollars each month, despite living on limited budgets? For most, the main reason is fear — not just of becoming ill, but of losing their minds.

Can supplements save your mind?

Dementia is the biggest specter among the elderly. Seniors can accept heart disease, diabetes or slowly diminishing mobility, but they cannot accept the idea of developing Alzheimer's disease. Unfortunately, modern medicine has yet to come up with an effective treatment to truly alter the course of this scourge, which affects more than 5 million Americans. Given that void, the herbal supplement industry has attempted to prey on seniors hoping and banking on the idea that readily available products containing "natural" substances such as seaweed, coral or coconut oil can help them dodge dementia. [What's the Difference Between Alzheimer's Disease and Dementia?]

Here are some of the worst offenders among herbal supplements purporting to prevent or treat dementia:

It's one thing to lure consumers into buying dietary supplements with false promises of preventing or managing illness. It's quite another to include ingredients in these supplements that aren't even listed on the labels.

Because seniors often take multiple prescribed medications for chronic conditions, they are most prone to dangerous drug interactions with, and allergies to, these unmentioned ingredients in supplements. We truly hope the actions of the New York State attorney general's office lead seniors, and those who care for them, to abandon the use of all supplements unless specifically directed to use supplements by their doctors.

"It's fairly outrageous that little can be done to impede the exploitative marketing of unproven and unlikely [to be beneficial] substances to vulnerable Alzheimer's patients and their desperate caregivers." That decade-old statement by Dr. Sam Gandy, chair of Alzheimer's research at Mount Sinai School of Medicine, has remained true — until now. Finally, something has been done to help protect the most vulnerable members of society.