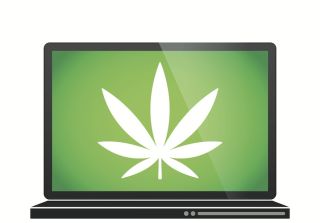 People who support pot smoking seem to be more vocal about the topic on Twitter than those who oppose lighting up, a new study of marijuana hashtags finds.

Out of the more than 7.6 million tweets about marijuana during a one-month period, there are 15 pro-pot tweets for every anti-marijuana tweet published on Twitter, the researchers found. Most of the tweets were sent and received by people under age 25, particularly teenagers — a group at increased risk of developing dependence on marijuana and other drugs, the researchers said.

"The younger people are when they begin using marijuana, the more likely they are to become dependent," Patricia Cavazos-Rehg, the study's lead researcher and an assistant professor of psychiatry at Washington University in St. Louis, said in a statement. "A lot of young people will phase out of marijuana use as they get older, but unfortunately, we're not good at predicting who those individuals are." [Marijuana and Your Health: What 20 Years of Research Reveals]

It's possible that messages shared on social media sites influence people's behavior and opinions about marijuana, Cavazos-Rehg said. Twitter allows users to share 140-character messages online with followers. For instance, some of the tweets she found said, "Gonna smoke me some pot today.........i deserve it" and "Boys that share their weed are the boys who get laid."

For their study, the researchers worked with Simply Measured, a social media analytics company, which helped them uncover every tweet about marijuana published from Feb. 5 to March 5, 2014. Included in the search terms were words like "joint," "blunt," "weed," "stoner" and "bong."

Of the search terms, there were the most mentions of "weed," with about 3.3 million tweets during that time period. "Blunt" and "marijuana" came in second and third, with about 1.3 million and 986,000 tweets, respectively.

The researchers did an in-depth study of Twitter accounts with more than 775 followers and users with a Klout score of 44 or higher. A Klout score rates users' social media influence on a scale of 1 to 100. A look at a random sample of 7,000 tweets from these accounts showed that 77 percent were pro-marijuana, 5 percent were against it and 18 percent were neutral.

People who tweeted pro-marijuana messages had a total of more than 50 million Twitter followers — about 12 times more than accounts with anti-pot sentiments, the researchers found.

Many of the pro-marijuana tweets promoted the use of marijuana and pot legalization, and made claims about its health benefits. People who said they were currently high or using pot sent 10 percent of the pro-pot tweets.

For instance, some of the tweets said: "I don't see why everyone doesn't smoke. Weed is of the earth. It's our gift from god;" "Doctors give it to us... Why can't we give it to ourselves? #cannabis #marijuana" and "All this weed got me drowsy."

"Although we can't yet link pro-pot tweets to actual drug use, we should be worried, because many people receiving these messages are at an age when they are most likely to experiment with drugs and develop problems with substance use," Cavazos-Rehg said.

Anti-marijuana accounts often tweeted that people who used the drug were losers or unproductive, or that using marijuana was unattractive. Many of these tweets also emphasized that the drug was harmful and that the tweeters opposed its legalization.

Some of these tweets said: "Weed, drugs, clothes, and 'swag' does NOT make you a boss. Diplomas, degrees, and jobs do;" "It's a turn off when a female smell like weed;" and "Please don't let them legalize marijuana here."

The study was published online Jan. 22 in the Journal of Adolescent Health.