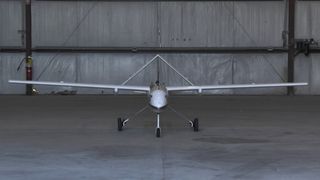 Military drones are often used to store sensitive data, ranging from troop movements to strategic operations. While this may make them vulnerable to enemy interference, a new system is aiming to protect these unmanned aerial vehicles from cyberattacks.

Researchers at the University of Virginia and the Georgia Institute of Technology developed the system and tested it in a series of live, in-flight cyberattack scenarios. As military and commercial drone use continues to grow, protecting against such attacks will become a priority, the scientists said.

When installed on a drone, the System-Aware Secure Sentinel system detects "illogical behaviors" compared to those expected of the vehicle, said project leader Barry Horowitz, a systems and information engineer at the University of Virginia in Charlottesville. [Rise of the Drones: Photos of Unmanned Aircraft]

"Detections can serve to initiate automated recovery actions and to alert operators of the attack," Horowitz said in a statement.

In the demonstration, the researchers simulated various threats, including cyberattacks launched from enemies on the ground, attacks from military insiders and interference with supply chains. The "attacks" took place over the course of five days, and focused on interference in four different areas: GPS data, location data, information about imagery, and onboard surveillance/control of payloads.

"The inflight testing gauged the effectiveness of the countermeasure technology in hardening the unmanned system's cyber agility and resiliency under attack conditions," the researchers said.

In each scenario, the cybersecurity system was able to rapidly detect cyberattacks, notify the team and correct the system's performance, the researchers said.

The research center that developed the technology is sponsored by the U.S. Department of Defense. The University of Virginia recently licensed the technology to the software company Mission Secure Inc., which is working to commercialize it for the military, intelligence and civil sectors.