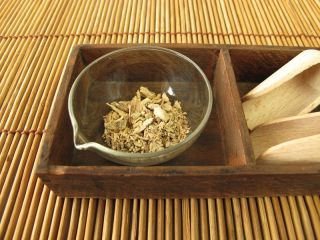 A 55-year-old man in California who went to a dermatologist with an itchy rash over his face, torso, abdomen and scalp turned out to be suffering from a side effect of taking a popular supplement called kava kava, according to a recent report of his case.

The man was taking kava kava to help him quit smoking, according to the doctors who treated the man and authored the case report. The man had been taking the supplement for about three weeks, mixing it with water to drink it as a tea and also placing the supplement under the tongue.

The case report shows how important it is for patients to tell their doctors if they are taking any supplements, said study author Dr. Maryam Asgari, an investigator at the Kaiser Permanente Northern California Division of Research in Oakland, California. [The Truth About Herbal Supplements for Stress]

The man might have been particularly susceptible to experiencing such an adverse reaction from kava kava because he was also taking an anti-anxiety drug called citalopram (sold under the brand name Celexa), according the case report. Kava kava is broken down by the same enzyme system as citalopram, and so taking both may have worsened the man's adverse reaction to the supplement.

The case also shows that doctors should take detailed histories of their patients' use of supplements, because supplements may interfere with the medications people take, Asgari told Live Science.

In the man's case, the doctors treated his rash and told him to stop taking kava kava, and the rash went away after nine days of treatment. But then the man started taking the supplement again, and his face became flushed and itchy, although no rash occurred this time. After this episode, he stopped taking kava kava completely and the rash didn't return.

Kava kava is derived from a native western Pacific Islands plant called Piper methysticum, which is believed to have pain-relieving, relaxant and anti-anxiety properties, the researchers wrote in the study.

It is not clear how many people may be using kava kava, as many doctors do not ask their patients about supplement use in general, Asgari said.

The patient in the case report had a history of depression, anxiety, high blood pressure and high levels of fat or cholesterol in his blood. He had been taking anti-anxiety medication for several months, and medication for high pressure for several years.

The investigators determined that kava kava probably affected the man's sebaceous glands, which are the oil-producing glands of the skin, and are typically concentrated in the areas of his body where the rash appeared.

Some of those reactions have included skin inflammation and rash. With more excessive kava kava use, problems such as liver damage, kidney dysfunction, malnutrition, weight loss and alterations in blood cells and platelets have been reported, the researchers wrote.

The case report was published online Sept. 12 in the journal Clinical and Experimental Dermatology.