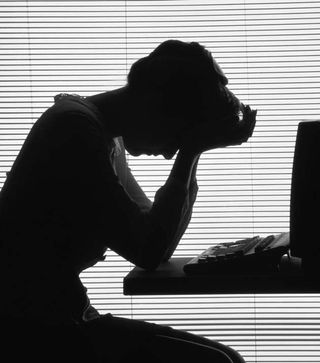 New research suggests having a helpful husband can lower stress levels for working mothers. Keeping the faith can be beneficial, too.

In one new study, women who stopped being religiously active were far more likely to show signs of anxiety and alcohol abuse. In separate research reported this week, women who work and have children were found to have lower stress if they were happily married.

"At least as far as women are concerned, being happily married appears to bolster physiological recovery from work," said UCLA graduate student Darby E. Saxbe, lead author of the marriage study, detailed in the January issue of the journal Health Psychology.

The researchers examined data on 30 married couples from Los Angeles. The pattern did not show up in the men.

"This is the first study to show that daily cortisol patterns are linked to marital satisfaction for women but not men," said co-author Rena Repetti, a UCLA professor in the department of psychology.

"They're coming home from a busy day and instead of having some time to unwind and relax and have a spouse picking up the load of setting the table, getting dinner going, signing forms for the kids, these women may have to immediately to launch back into another stressful routine," Repetti said. "Perhaps in happily married couples the demands of domestic life are being shared more equitably between men and women, or at least that may be the case when wives return home from a demanding day at work."

In the other research, scientists studied 278 women to find how their religious activity had changed over the years. Those who had stopped being religiously active "were more than three times more likely to suffer generalized anxiety and alcohol abuse or dependence compared with women who reported always having been active," the scientists report.

Again, the pattern did not hold up among men.

The study, funded by the National Institute of Mental Health, is reported in the January issue of the journal Social Psychiatry and Psychiatric Epidemiology.