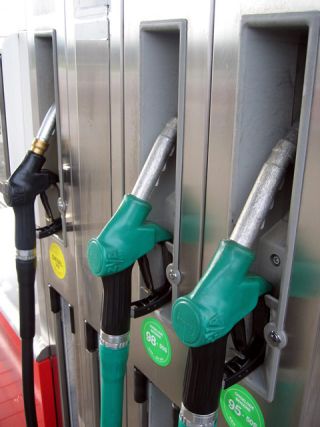 Move over gas-guzzlers. Make way for grease cars, the latest do-it-yourself auto trend for eco-conscious drivers. Grease cars are diesel vehicles converted to also burn leftover food-grade vegetable oil (aka SVO for straight vegetable oil), which you can often get free from local restaurants. Grease car conversions and fueling take some leg work, but advocates say in the end you save money, help the environment and consume less "foreign oil." The first grease cars were developed in 1980 on a Volkswagen Golf in Germany, according to Elsbett.com, but thousands of Americans have grease cars nowadays, said Cynthia Shelton, director of the California-based National VegOil Board. Some "greasers" are financially motivated, while others, such as conservation biologist Sacha Spector and his writer wife Daphne Uviller, converted to take global-warming matters into their own hands. "Last January, I was out on my lawn and it was 70-something degrees, and I was thinking, 'I've got to be part of the solution. This is ridiculous,'" Spector said. The couple traded in their gasoline-fueled car for a used Volkswagen diesel wagon, bought a conversion kit (these start at about $1,000), installed it (take a weekend to do it at home or pay a master installer another $1,000) and they've been happy grease car drivers for the past few months.

Here's how greasers do it: First, they line up a waste oil source in advance. You don't want to convert your car and then scramble for fuel. Contact local restaurants to reach an agreement. Some restaurants pay to have the oil carted away so they might be pleased for you to take it for no charge. Spector and Uviller live in Manhattan, so they get their waste oil from a French restaurant literally across the street.

Next comes the vehicle. The purchase of a new diesel car has been tricky in some parts of the country, including the Northeast, because of air emissions rules, but new low-sulfur diesel is changing that, or you can buy a used diesel car.

Finally, greasers set up a filtering system or station. Some food scraps tend to remain in waste oil, so you have to filter it out. You can buy filtration systems for $700 or make your own from parts for less.

Vegetable oil is not an EPA-certified fuel, according to the National VegOil Board, so grease car drivers also have to research local oil collecting, oil hauling, storage and other related laws.

It takes months or a year or more to make back the grease-car conversion investment, depending on miles driven and whether converters spring for the master installer and pre-built filtration kit. Spector and Uviller put about 12,000 to 15,000 miles on their car annually. The couple fills up with diesel just once every two months now (grease cars generally burn diesel for some minutes at the start and finish of each outing).

Mileage is the same as diesel fuel for the VW – about 40 mpg, Spector said. Generally, diesel engines are 40 percent more fuel-efficient than gasoline engines, according to Greasecar.

Emissions for grease cars are considered "carbon neutral" because the carbon dioxide absorbed by the plants grown to generate the vegetable oil exceeds the carbon dioxide released when the oil is burned. Grease cars still emit air pollutants in the form of nitrogen oxides, carbon monoxide and particulates, but a quarter to a third less of the latter two than cars that burn only diesel, according to figures on Greasecar, and no carcinogenic sulfur as you'd get with a diesel car.

And yes, grease cars do smell like french fries, but many would agree that beats the smell of diesel exhaust.