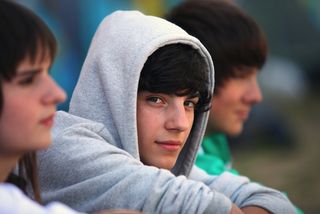 About 70 percent of U.S. teens who have serious emotional or behavioral difficulties receive mental health services that don't involve taking medications, such as counseling, according to a new report from the Centers for Disease Control and Prevention.

The researchers looked at U.S. teens with mental health problems and at those individuals' use of services that don't involve drugs (nonmedication services), between 2010 and 2012. These services include any treatment or counseling provided in the school, childcare center, clinic, home or other places. Such treatment also includes attending a school or special school program for students with emotional or behavioral difficulties.

About 4 percent of all adolescents ages 12 to 17 had a serious mental health problem and had received nonmedication services in the previous six months, according to the report, which was released today (Aug. 27). It is estimated that about 6 percent of teenagers in the United States have mental health problems, according to previous reports, which asked parents whether their children had severe difficulties in concentration, behavior, emotions or getting along with other people. [10 Facts Every Parent Should Know About Their Teen's Brain]

"There are many nonmedication mental health services that have evidence that they are effective for treating mental health disorders, so it is important to know whether teens are receiving services," said Dr. David Axelson, chief of psychiatry at Nationwide Children's Hospital in Columbus, Ohio, who wasn't involved with the new report.

The findings show that "the majority of kids do receive some kind of service, which is positive," Axelson told Live Science. "However, it would be best if all youth with significant mental or behavioral health problems received nonmedication treatment appropriate for their condition."

Depending on the severity of the mental health problem, sometimes nonmedication treatments may have to be combined with medications to help the patient. "However, I think all mental or behavior health problems should have some form of counseling or nonmedication approach, even if medication is the primary treatment," Axelson said.

Previous studies from the CDC have found that about 7.5 percent of U.S. children and teenagers report taking prescription drugs for mental health problems, and that medication use is higher among boys than girls.

The new report shows that boys are more likely than girls to get counseling, too. About 75 percent of boys with mental health problems received counseling, compared with 65 percent of girls.

The results also showed that about half of teenagers who received counseling did so at school. About 40 percent of teens were counseled at a clinic, and 12 percent received the treatment at home.

A lower number, 6.5 percent, received counseling at emergency departments, and girls were more likely than boys to get counseling at this setting.

In contrast, boys were more likely than girls to receive services at school, either from a provider within a regular school or from a special program for children with mental health problems.

Boys were also more likely to attend a special school for children with difficulties, according to the report. This finding may be partly due to higher rates of conditions among boys that negatively affect school achievement and participation, such as attention deficit hyperactivity disorder (ADHD) and autism, the researchers said.