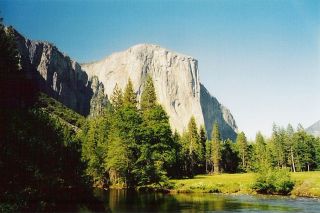 The U.S. National Park Service (NPS) turns 98 years old on Monday (Aug. 25), and to celebrate, the agency is throwing open the doors to all national parks, and inviting people to visit for free.

Many parks will host special events this weekend to celebrate the anniversary, including lecture series and concerts, and some will even serve a birthday cake to visitors. It may be the perfect chance to check out some of the least-visited national parks and to take advantage of tours at parks like Grand Teton and Yellowstone, which usually cost around $25.

The NPS is a government agency under the Department of the Interior that manages national parks, monuments and historical sites. Usually 133 of the country's 401 national parks charge an entrance fee, but on Monday, the entrance fee, commercial tour fee and parking fee will all be waived. Visitors will still have to pay for things like camping and concessions. [All Yours: 10 Least Visited National Parks]

On Aug. 25, 1916, President Woodrow Wilson signed the Organic Act into law, creating the National Park Service. The agency was established "to conserve the scenery and the natural and historic objects and the wild life therein and to provide for the enjoyment of the same in such manner and by such means as will leave them unimpaired for the enjoyment of future generations," according to the Organic Act.

However, the Leopold Report, which is officially titled Wildlife Management in the National Parks, and which was given to the NPS in 1963, is often credited with getting serious park conservation efforts underway. The report also encouraged the NPS to seek out scientists and researchers to help develop rules and regulations to protect parklands. Prior to the report, the NPS allowed such controversial events to take place in its parks as the Yosemite National Park bear-feeding program in the 1940s, and the mass elk hunting permitted in Yellowstone National Park in the early 1960s.

Now, scientists and researchers help inform NPS policies, such as the recent decision to ban drones from all national parks to protect visitors and wildlife.