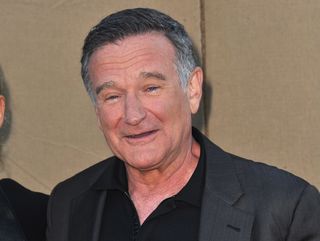 Robin Williams was found dead this afternoon at his home near Tiburon, California, according to the Marin County Sheriff's Office. The actor and comedian was 63.

Emergency personnel found Williams unconscious and not breathing at 12:00 p.m., local time; he was pronounced dead at 12:02 p.m., according to a news release from the Sheriff's Office. Authorities are investigating the circumstances of death.

"At this time, the Sheriff's Office Coroner Division suspects the death to be a suicide due to asphyxia, but a comprehensive investigation must be completed before a final determination is made," the news release said.

A representative for Williams told Entertainment Weekly, "Robin Williams passed away this morning. He has been battling severe depression of late. This is a tragic and sudden loss. The family respectfully asks for their privacy as they grieve during this very difficult time."

Major depression is one of the most common mental disorders in the United States, according to the National Institute of Mental Health. In 2012, an estimated 16 million U.S. adults had at least one major depressive episode, or bout of depressive symptoms, in the past year.

But despite how common the illness is, many people do not understand exactly what it means to have depression, and often think of it as being the same as sadness. [5 Myths About Suicide, Debunked]

"Depression is one of the most tragically misunderstood words in the English language," writes Stephen Ilardi, an associate professor of clinical psychology at the University of Kansas, in a blog post on the Psychology Today website. "When people refer to depression in everyday conversation, they usually have something far less serious in mind," than what the disorder actually entails. "In fact, the term typically serves as a synonym for mere sadness."

Here are some facts about depression: