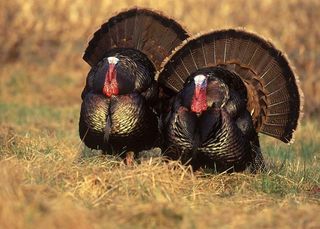 European ecologists and economists are looking into whether a technique for reducing greenhouse gases could also be used to help conserve wildlife.

Tradable permits, aka cap-and-trades, are a market-driven approach to control environmental damage such as reducing greenhouse gas emissions. Under such plans, a government agency puts a cap on the total amount of annual pollutant emissions it will allow. Officials then divide that quantity into tradable credits and allocate them to individual firms. Companies that want to increase their emissions then buy credits from firms that pollute less. This way, the net pollution stays under control.

"Ecological research indicates that some species are resilient to land use changes and can adapt to small-scale disturbances," said Frank Watzold, lead economist of this initiative from Helmholtz Centre for Environmental Research in Germany. "This implies that certain habitat patches may be destroyed for reasons of economic development as long as there is compensation elsewhere."

So far, the idea looks promising only for landscapes such as farmland and other human-modified environments, such as fields, highways and planted forests.

The idea, presented by Watzold's team earlier this month at the European Science Foundation's (ESF) first EuroDIVERSITY conference, drew some skepticism from ecologists in the audience.

One problem is that when a new habitat is created, it has to be possible for the new species to adapt and colonize it. Often, the value of a piece of land, in terms of conservation, depends on its location and its proximity to other habitats and wildlife that act as support systems.

The problem is solvable, proponents indicate, if some measure representing proximity to other wildlife and habitats is built into the ecological value of each land.

"Obviously it doesn't work for habitats that cannot recover quickly and take hundreds of years to develop, like old-growth forests," said Florian Hartig, a researcher at the Helmholtz Centre. But it can complement reserves in semi-natural landscapes, Hartig said, where species are adaptable and move into new spaces fast.