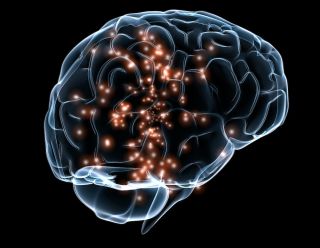 The Defense Advanced Research Projects Agency (DARPA) is launching a program to develop technologies to treat psychiatric disorders by electrically stimulating the brain.

DARPA's SUBNETS program (short for Systems-Based Neurotechnology for Emerging Therapies) will fund teams of researchers to develop brain interfaces, computational models of brain activity and clinical therapies for illnesses, including depression, chronic pain, anxiety and post-traumatic stress disorder. The project is part of the Obama administration's BRAIN Initiative, a collaborative effort between government agencies and industry to revolutionize understanding of the human brain.

"The neurotechnologies we will work to develop under SUBNETS could give new tools to the medical community to treat patients who don't respond to other therapies, and new knowledge to the neuroscience community to expand the understanding of brain function," Justin Sanchez, the DARPA program manager for SUBNETS, said in a statement. [Humanoid Robots to Flying Cars: 10 Coolest DARPA Projects]

In health and disease, brain activity is not confined to distinct parts of the brain, but rather, is distributed over different neural systems. The brain is also very plastic — it can adapt its anatomy and physiology over time. The SUBNETS program will take advantage of these brain characteristics to develop treatments, inspired by deep-brain stimulation, for neural illnesses that aim to restore normal brain function, program officials said.

"Real-time, closed-loop neural interfaces allow us to move beyond the traditional static view of the brain and into a realm of precision therapy," Sanchez said.

The program will fund two research teams, one at the University of California, San Francisco (UCSF), and the other at Massachusetts General Hospital (MGH), in Boston.

The UCSF team aims to develop an implanted device that targets brain regions involved in an individual's psychiatric or neurological disease. The device would record signals from, and stimulate, neurons in these regions, in order to rehabilitate the malfunctioning brain circuitry. If the approach is successful, the device could ultimately be removed after treatment, DARPA officials said.

The team at MGH will work to identify common components of neurological or psychiatric illnesses, such as increased anxiety, impaired memory or inappropriate reactions to things in the environment. The team will use behavioral testing as well as detailed recordings of individual neurons to discover these common features. The researchers will then work with Draper Laboratories, headquartered in Cambridge, Massachusetts, to develop a high-tech, implantable brain device that is safe and effective throughout a person's life.

The SUBNETS program aims to support research over the next five years and will establish a schedule of technology milestones, resulting in the submission of medical devices for approval by the U.S. Food and Drug Administration.