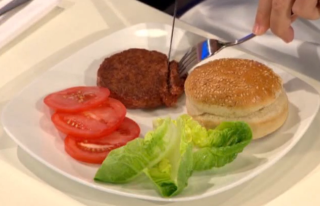 Imagine a day when hamburgers grown from stem cells in a factory provide enough meat for an entire village. Such a future is within reach, some experts say.

The technology needed to grow meat in a lab already exists, and represents a greener and more ethical form of production than current methods. If people accept the idea of eating lab-grown meat, the biggest hurdle will be the economics, according to a group of Dutch social scientists.

"As large parts of the world become more prosperous, the global consumption of meat is expected to rise enormously in the coming decades," the researchers wrote in an article published in the June issue of the journal Trends in Biotechnology. "Cultured meat is therefore increasingly seen as a hopeful addition to the set of alternative protein sources." [From Petri Dish to Plate, a $330K Hamburger (Video)]

The current method of meat production is unsustainable, the authors say. It consumes vast amounts of energy and pollutes the environment, in addition to causing animal suffering. Although vegetarian sources of protein are available, most people continue to find meat more attractive. And global meat consumption can only be expected to grow as more people in developing countries enter the middle class, experts say.

From a technological standpoint, growing meat in a lab is feasible. Scientists have been developing techniques to grow artificial organs from stem cells, and similar methods have been used in growing meat.

Dutch researcher Mark Post created the first lab-grown hamburger in 2013 using skeletal muscle stem cells from a cow, as a proof of concept.

In the new article, the authors laid out a possible method of producing lab-grown meat. A biopsy of cells from a living animal could be cultured in a nutrient-rich soup inside a bioreactor, they said. Cells from this "cell bank" could then be grown in increasingly larger containers, until they are finally processed into a cake similar to minced meat.

But just because lab-grown meat can be made doesn't mean people will necessarily eat it.

"Most people initially find the idea of cultured meat surprising," the authors wrote. In the Netherlands, most people reacted to the thought with amazement, mostly because of the implications for animals. Some people, however, expressed disgust, due to associations with hot dogs and genetically modified food.

The response to Mark Post's hamburger presentation suggests many people consider lab-grown meat a promising alternative to traditional meat. While some people worry the new meat is somehow "unnatural" or "technological," these feelings are counterbalanced with similar concerns about factory-farming systems, the researchers said.

"The indication is, at the intellectual level, people are willing to accept it," said Post, a tissue engineer at Maastricht University in the Netherlands. "Right now, meat is readily available, and it's cheap. The only problems people might have are animal welfare issues and a vague sense that there are practices in meat production they may not condone," Post told Live Science. "If that changes, the prospect of alternatives becomes more attractive." [7 Insects You'll Be Eating in the Future]

Right now, the biggest challenge for lab-grown meat may be the cost of producing it.

The authors performed a rough calculation comparing the cost of growing meat versus producing it the traditional way.  The biggest factor determining the cost of lab-grown meat seems to be the growth medium used to culture cells, the researchers said.

In the Netherlands, minced meat costs little more than 5 euros per kilogram ($3 U.S. per lb.), compared with about 391 euros per kg ($240 per lb.) of meat grown using typical growth medium. Using the cheapest possible growth medium and accounting for the medium alone, 1 kg of meat would cost 8 euros ($5).

But the cost of artificial meat has the potential to go down, some say.

"As is common in technology markets, once the techniques are improved" — whether refining existing techniques or by developing entirely new ones — "the economics can be taken care of," Patrick Hopkins, a bioethicist at Millsaps College in Jackson, Mississippi, told Live Science in an email.

"The current method of producing meat, given increasing demand and population and land use growth, is not economically feasible," Hopkins said. "There will be a cap beyond which current techniques simply cannot produce the meat demanded."