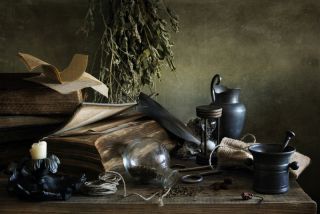 A woman suspected of being a witch was beaten by a mob and died earlier this week in Guarujá, Brazil, near the country's largest city, São Paulo.
(Image: © Irina Mosina | Shutterstock)

A woman suspected of being a witch was beaten by a mob and died last week in Guarujá, Brazil, near the country's largest city, São Paulo. The attack was prompted by suspicions the woman was involved in a kidnapping in the area, following a Facebook post by a local news outlet, according to a report from Folha de São Paulo, the country's largest newspaper.

"Housewife Fabiane Maria de Jesus, 33, died last Monday (May 5) after being beaten by a group of people from Guarujá two days before," the report said. "The lynching ... was motivated by suspicion that Fabiane was connected to child abductions in the region thought to be linked to black magic rituals. According to Military Police, however, there is no indication that she had committed such a crime."

A video of the brutal attack shows a crowd gathered around the bound and unconscious woman. An attacker grabs de Jesus by her hair and slams her head into the ground. Then, another person on a bicycle ties one of her hands with a rope and drags her as the crowd cheers and throws trash at the dying woman. Police are investigating, and several people have been arrested in connection with the incident. [What's Witchcraft? 6 Misconceptions About Wiccans]

According to the Folha de São Paulo report, the attack was sparked by a warning shared through social media. The newspaper reported that the Facebook page for a local tabloid-style news outlet spread an alert claiming that a woman had been seen abducting children, and many believed her motivation was witchcraft. A sketch of the woman the news outlet claimed was a child abductor was included with the alert, and resembled the victim. Administrators for the Facebook page have since released a statement denying responsibility for the attack and stating that the page had merely passed along the unfounded rumors as a public service and never claimed the child-abduction rumor was true.

Witchcraft and black magic rituals are often assumed to involve human sacrifice (especially that of "innocents" such as children and virgins), usually using blood or organs for spells and rituals. Rumors of organ theft are not uncommon in Brazil. Anthropologist Nancy Scheper-Hughes, who has studied organ-theft rumors, noted that in many poor areas of the world — such as in the slums surrounding Brazil's major cities — residents sometimes avoid treatment in public hospitals out of fear that their organs may be taken. [15 Crazy Urban Legends Debunked]

In the book "Organ Theft Legends" (University Press of Mississippi, 2005) by Veronique Campion-Vincent, Scheper-Hughes describes rumors and urban legends spread throughout Brazil of "the abduction and mutilation of young and healthy shantytown residents (especially children), who are eyed greedily for their body parts, especially eyes, heart, lungs and liver. ... The children would be nabbed and shoved into trunks of vans. Some were murdered and mutilated for their organs, and their discarded bodies were found by the side of the road, or were tossed outside the walls of municipal cemeteries."

Sometimes, the rumors claim that the organs are sold for transplant in rich foreigners' children; other times — as in this recent case in Guarujá — the organs are said to be used in witchcraft. These rumors also circulate in some parts of Africa, where albinos have been hacked to death because of a popular belief that their body parts contain powerful magical properties. A 2009 Red Cross report titled "Through Albino Eyes" found that hundreds of people have been killed under the unfounded belief of magic being tied to their bodies, and up to 10,000 African albinos live in hiding, fearful of being attacked for their body parts.

While many people think of witch hunts as relics of the distant and superstitious past, belief in magic is widespread throughout the world. Magical thinking, such as attributing ordinary events and random coincidences to supernatural influence, is common. Human brains are hardwired to seek cause-and-effect patterns in the world, even when they don't exist. When something good happens, we often attribute it to prayer, good luck or superstition (such as carrying a lucky penny); when something bad happens, we may blame others who we believe have cursed us.

When wild rumors are given credence through social media and are accepted without question or evidence, the results can be tragic — something to keep in mind the next time you share, like or tweet a sensational news item warning of a threat.

Benjamin Radford is deputy editor of "Skeptical Inquirer" science magazine and author of seven books, including "The Martians Have Landed! A History of Media Panics and Hoaxes." His website is www.BenjaminRadford.com.