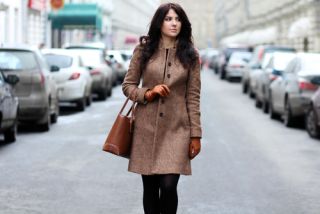 From artists to office workers, people in all walks of life claim that going for a stroll helps them work out ideas or overcome creative blocks, and now new research finds that stretching one's legs really does give a mental boost.

"Many people anecdotally claim they do their best thinking when walking," study researcher Marily Oppezzo, of Santa Clara University, said in a statement. "With this study, we finally may be taking a step or two toward discovering why."

Creative types have extolled the virtues of walking for centuries. In fact, several musicians were almost superstitious in their devotion to daily walks, according to the new book "Daily Rituals" (Knopf, 2014) compiled by editor Mason Currey. Pyotr Ilich Tchaikovsky took a two-hour walk each day regardless of the weather, and Ludwig van Beethoven regularly went for a brisk stroll after lunch. [10 Fun Ways to Keep Your Mind Sharp]

The habit was hardly restricted to composers. Novelist Charles Dickens was an avid pedestrian, and the philosopher Søren Kierkegaard once wrote, "I have walked myself into my best thoughts." Even the rigid daily schedule that Charles Darwin adopted later in life included time for three short walks.

To test if there is any merit to this widely held belief that walking somehow stimulates the mind, Oppezzo and a colleague recruited dozens of people, mostly college students, for a few experiments at Stanford University.

Walking seemed to improve the participants' scores on a test of creative thinking, the researchers said. On the test, participants were given the name of an object and had to come up with as many alternate uses for that object as they could in four minutes. For example, one person in the study said a button could be used "as a doorknob for a dollhouse, an eye for a doll, a tiny strainer, to drop behind you to keep your path."

In another experiment, however, the walkers did slightly worse than the sitters when given problems that had only one answer, such as a word association where the problem is "cottage—Swiss—cake" and the answer is "cheese."

The researchers said they don't have an explanation for why walking may bring these benefits in creativity. It's not clear if other forms of low-intensity physical activity, or a familiar, comfortable task like knitting, would have the same effect on the mind. Future studies will eventually find the complex pathway from the physical act of walking to the cognitive changes in the brain, the researchers said.

The findings were detailed this week in the journal Experimental Psychology: Learning, Memory and Cognition.