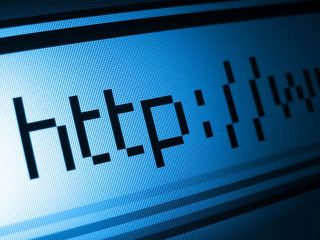 Day by day, the Internet keeps growing—but the day will come when it will hit a wall and can’t grow any more. Unless, that is, we abandon something called IPv4 in favor of something called IPv6. But, so far, the issue has not generated much excitement. The basic problem is that Internet Protocol version 4 (IPv4) uses 32 bits to denote the address of a device attached to the Internet. (Web addresses like LiveScience.com are human-readable shorthand for IP addresses, and the additional data that specifies a specific page is interpreted by the Web server at that address.) The use of 32 bits allows for about 4.3 billion possible device addresses. That number probably seemed astronomical when IPv4 was hatched in the early 1980s, but today 81 percent of the addresses have already been assigned. The day when the cupboard will be bare, and further expansion of the Internet will not be possible, has been pegged at various dates. The American Registry of Internet Numbers (which assigns addresses for the US, Canada, and adjacent islands) recently pegged it at 2013, six years from now. Big v. huge But if everyone would adopt IPv6, that day will never come. IPv6 uses 128 bits to denote Web addresses, so that the resulting address space is approximately "3.4 times ten raised to the power of 38" possible addresses. Not only could everyone on earth have their own IP address, but every cell in their bodies could have their own IP addresses. (IPv6 is “backward compatible” with IPv4, so the two can co-exist on the Internet.) (And in case you’re wondering, IPv5 died on the drawing board.) More realistically, every device with any aspirations of connecting to the Internet—security cameras, cell phones, even vending machines—could have its own IP address. Currently, most such devices get to the Internet through a Web server that has its own address, using a system called Network Address Translation (NAT). China surges ahead Bill Trussell, analyst at TheInfoPro, a market research firm in New York City, told LiveScience that China and other developing countries have embraced IPv6 because, frankly, they want the numbers. Also, since every device has a unique identifier, IPv6 appeals to those interested in maintaining censorship and tight security, he added. Elsewhere, “Most organizations see no need to have every device be directly addressable from the public Internet, and so have been dragging their feet on the adoption of IPv6—it solves a problem that is not really a problem yet.” Adoption usually involves acquiring new network routers. “Adoption in the U.S. is in the 5 to 7 percent range,” he noted. “Of course, the adoption could speed up with proper incentives.” You’d think that a U.S. Government mandate that all federal agencies must be able to handle IPv6 by June 2008 might provide some incentive—and that’s exactly what a security-minded White House Office of Management and Budget did two years ago. The result is that about the only place you find interest in IPv6 is in the government and among corporations that do business with the government, Trussell said. Numbers for sale? As for those who insist on clinging to IPv4, speculation varies as to what will happen when the numbers run out. Possibly, those organizations that reserved more addresses than they really needed will dust off the unused ones and see if they have market value, creating a commodity market for numbers. As for China and other IPv6 users getting ahead of us in terms of technology, Trussell said that he knew of no advanced applictions that required IPv6. “But things like that are hard to predict,” he reminded.