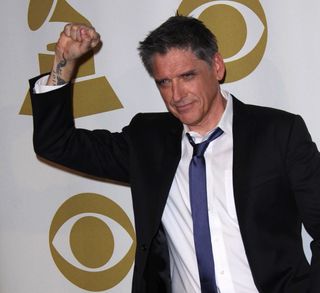 Ferguson's videotaped announcement was shown at a Science Channel event attended by Elise Andrew, the British biology student who created the wildly popular Facebook group that inspired the series. The event also featured performances by science celebrity Bill Nye and others.

"If you know anything about me, you know I love science," Ferguson said. "And this show is going to explore the randomness of science. Think of it as a late night Google search that goes a hundred pages deep until things get weird — and then you just keep going."

Andrew said she had not expected her Facebook group to go viral the way it did.

"When I created my Facebook page three years ago, I never could have imagined that it would resonate with a worldwide audience of 11 million followers," Andrew said in a statement. "This partnership with Craig and Science Channel is an exciting new venture that I hope will encourage more people to embrace the amazing, wonderful world of science."

The series will combine live-action along with animations and recreations that show the random ways in which science exists in everything. Each hour-long episode will attempt to prove a "grand, outlandish thesis," exploring unexpected but related subjects and starring celebrities, scientists and everyday people who share a love of science.

"Today, people are more excited than ever about science, and no one captured this passion like Elise Andrew and her Facebook phenomenon," Debbie Adler Myers, general manager and executive vice president of Science Channel, said in a statement. "By combining her signature style with the comedic brilliance of Craig Ferguson, 'I F-ing Love Science' will connect with this generation of science passionates unlike anything else on television."

Editor's note: This article has been updated to correct the following error: Craig ferguson will be executive producer of the science channel series "I F-ing love science", not the host.