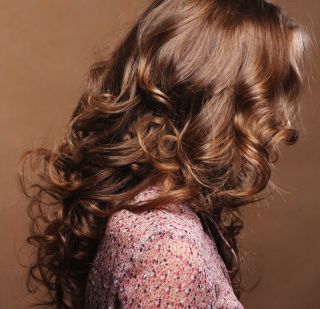 The first detailed model of a 3D strand of curly hair has been created, a development that could be a boon for the film and computer animation industries, researchers say.

Previously, scientists had no simple mathematical way to describe the motion of curly hair, including the way curls bounce as they move around. As such, many animated characters had hair that was either rigidly straight or only swung from side to side. Now, researchers at MIT, in Cambridge, Mass., and the Université Pierre-et-Marie-Curie (UPMC), in Paris, are teasing out the physics of curly hair.

To build their model, the scientists used flexible rods to examine varying degrees of curliness. [The Mysterious Physics of 7 Everyday Things]

"Our work doesn't deal with the collisions of all the hairs on a head, which is a very important effect for animators to control a hairstyle," study co-author Pedro Reis, an assistant professor in MIT's department of civil and environmental engineering, said in a statement. "But it characterizes all the different degrees of curliness of a hair and describes mathematically how the properties of the curl change along the arc length of a hair."

Reis did not originally intend to figure out the physics of hair hair, but as he examined the curvature of thin, flexible rods in his lab, he recognized similarities between these curves and the properties governing strands of curly hair hanging from a head.

The researchers combined their lab demonstrations with computer simulations to identify several key parameters of curly hair: curvature (as a ratio of curvature to length) and weight (as a ratio of weight to stiffness). Give these parameters — for instance, if the curvature, length, weight and stiffness are known — the researchers' model can predict the shape of a strand of hair suspended under its own weight.

Curls can change from 2D hooks to 3D local helixes to 3D global helixes as the parameters change, such as when the strands move. Furthermore, since the force of gravity is greater at the top of a strand of hair than at the tip, if the weight of a hair is too great to maintain its natural curliness, the curl will become straight or helical, depending on the strand's length and stiffness, the researchers explained.

"The mathematician [Leonhard] Euler first derived the equation for a slender elastic body — like a hair strand — in 1744," study co-author Basile Audoly, a researcher at UPMC, said in a statement. "Even though the equations are well-known, they have no explicit solution, and, as a result, it is challenging to connect these equations with real shapes."

Beyond curly hair, the model could be used to predict the curves of tubes, cables, or the types of steel pipes used in the oil industry, the researchers said.

"We think of steel pipes as being nice and straight, but usually at some point they're getting wrapped around something," study lead author James Miller, a research associate at Schlumberger-Doll Research and a former MIT graduate student, said in a statement. "And at large dimensions, they're so flexible that it's like you and I dealing with a limp spaghetti noodle."

The detailed findings were published Feb. 13 in the journal Physical Review Letters.