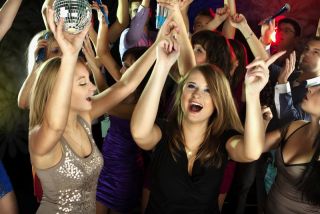 Laws that maintain the legal drinking age at 21 save lives on the road, and protect young people from other hazards of drinking, according to a new review of studies.

Researchers examined the evidence from studies conducted since 2006, and found that laws that make it illegal for people under age 21 to drink are linked to lower rates of drunk-driving deaths among young people.

Researchers also found that current drinking restrictions have not resulted in more binge drinking among teens, as some have suggested.

"Recent research ...has reinforced the position that the current law has served the nation well by reducing alcohol-related traffic crashes and alcohol consumption among youths," the researchers wrote in their study published today (Feb. 24) in the Journal of Studies on Alcohol and Drugs.

"The evidence is clear that there would be consequences if we lowered the legal drinking age," said study researcher William DeJong of Boston University School of Public Health. [7 Ways Alcohol Affects Your Health]

U.S. states may differ on the details of their laws regarding possessing alcohol, adult supervision of drinking, or drinking at home, but all 50 states have maintained a minimum drinking age of 21 since at least 1988. The benefits of these laws, however, continue to be debated.

Advocates for lowering the minimum legal drinking age argue that the laws have not stopped teenagers from drinking, and in fact contribute to binge drinking behind closed doors and in places with no adult supervision. They also argue that the current laws haven't led to fewer traffic accidents caused by alcohol consumption.

However, the new review found that since the legal drinking age was set at 21, young people have been drinking less, and are less likely to get into traffic accidents.

In fact, the age 21 laws have saved up to 900 lives yearly on the road, according to estimates from the National Highway Transportation Safety Administration.

Teen drinking and driving rates have dropped by 54 percent over the last two decades, and the biggest declines were seen between 1982 and 1995, a period which included changes in the Federal law that pushed all states to increase their drinking age to 21.

Looking at whether setting the age at 21 has driven teenagers to drink more, researchers found that psychological and social studies on drinking motivations have not supported this idea.

On the other hand, many studies have found that a higher legal drinking age led to less alcohol consumption. In one of the most recent studies, researchers found that in 2011, 36 percent of college students said they'd engaged in binge drinking in the past two weeks, compared with 43 percent of students in 1988, the first year that the age 21 law was adopted by all states.

Researchers noted the age 21 law has had positive effects despite being sometimes disobeyed, and indifferently enforced. Instead of lowering drinking age, there should be in fact stricter enforcement of the law, they said.

"Clinical trials have found that when college towns put more effort into enforcing the law — and advertise that fact to students — student drinking declines," DeJong said.

"Some people assume that students are so hell-bent on drinking, nothing can stop them," DeJong said. "But it really is the case that enforcement works."