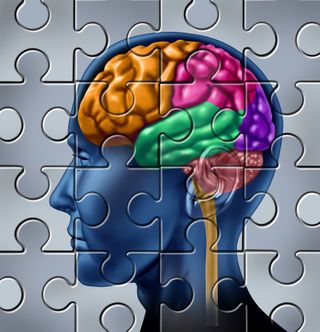 Several studies have linked pesticides with the development of Parkinson's disease, and now a new study has found a specific gene that may explain why some people are particularly susceptible to developing Parkinson's after exposure to certain pesticides.

Parkinson's disease results from the loss of neurons involved in processing the neurotransmitter dopamine. Researchers had previously found a gene that was involved in dopamine processing, and in animal experiments, they determined which pesticides inhibited this gene's pathway.

In the new study, they found that one variant of the gene, called ALDH2, may be even more susceptible to inhibition from pesticides. They then tested for this gene variant in Californians with Parkinson's disease whose exposure to various pesticides could be measured by comparing where they had lived with charts of pesticide use in the state.

The findings show that for people with certain genes, exposure to pesticides may increase the risk of developing Parkinson's disease two to six times, the researchers said.

"We should be much more careful in our industrial agriculture with the agents we're putting out in the environment," said study author Dr. Beate Ritz, a professor of epidemiology at University of California, Los Angeles and co-director of the school's Center for Gene-Environment Studies in Parkinson's Disease. "All of this is environmental exposure, not occupational exposure. It can be quite harmful."

Ritz told Live Science that the study had two goals: to find out which genes might be involved in the nerve death that results in Parkinson's, and to see if there was a variant of that gene that could be found in people exposed to pesticides who developed Parkinson's. [10 Things You Didn't Know About the Brain]

There were four pesticides the researchers found that appear to trigger an effect on enzymes called neuronal aldehyde dehydrogenases (ALDHs), which are involved in processing the brain chemical dopamine.

The researchers then looked at exposure to those four pesticides in a group of 360 people with Parkinson's who lived in central California, and a control group of 953 people who lived in the same area and had similar pesticide exposures but had not developed Parkinson’s. They found that pesticide exposure increased the risk of Parkinson’s, and the risk was further increased among people with a variant of the ALDH2 gene.

One important part of the study, Ritz said, was that the researchers had maps of pesticide use from the past 40 years available because of California laws requiring that pesticide use be reported. It would be difficult or impossible to repeat the study in another state, she said.

Going forward, there are two approaches to take, Ritz said. One is that certain pesticides may need to be further scrutinized or banned because of their potential harm, she said.

Another step that should be taken is to see whether a treatment can be created to reduce the susceptibility of certain people to Parkinson's if they have the gene variant.

"Can we predict who might develop Parkinson's? Would they want to take meds? These are questions we need to answer," Ritz said.

The study is published online today (Feb. 3) in the journal Neurology.