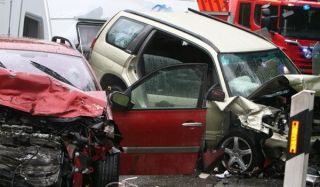 Adults with ADHD are more likely to have traffic accidents than people without this condition, but they may be safer on the road if they take medication, according to a new study from Sweden.

Researchers looked at 17,000 people with attention-deficit/hyperactivity disorder (ADHD) and counted how many serious traffic accidents they had between 2006 and 2010. For comparison, they also included a group of people who did not have ADHD.

By the end of the study period, 6.5 percent of men with ADHD, and about 4 percent of women with ADHD had at least one serious traffic accident, compared with about 2 percent of people without ADHD.

"Even though many people with ADHD are doing well, our results indicate that the disorder may have very serious consequences," said study researcher Henrik Larsson, an associate professor at the Karolinska Institute in Sweden. "The risk of transport accidents in adult men with ADHD decreases markedly if their condition is treated with medication."

People's tendency to get into car accidents varies, and the factors that affect their risk go beyond whether they have ADHD. To control for differences between people, the researchers compared men who were taking ADHD medications to themselves at a time when they weren't being treated. The results showed that taking medication reduced accident risk by 58 percent, according to the study, published today (Jan. 29) in the journal JAMA Psychiatry.

ADHD is one of the most commonly diagnosed mental disorders in children, and for some people, the condition can continue through adolescence and adulthood. People with ADHD are impulsive and hyperactive, and have difficulty staying focused and paying attention. Treatments for ADHD include behavioral therapy and stimulant drugs.

It's not fully clear how taking ADHD drugs reduces risks of accidents on the road. It could be that the medication alleviates the symptoms of the condition, making people less impulsive and distracted, the researchers said.

More research is needed to see whether medication can reduce women's risk of accidents, Larsson said.

Although medication may keep people with ADHD safer on the road, its side effects shouldn't be ignored, the researchers said.

"It is also important to point out that most pharmaceutical treatments carry a risk of side effects," Larsson said. "The risks must be weighed against the benefits for every individual prescription, taking into account the individual patient's situation."