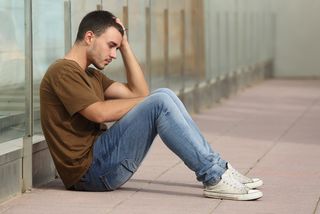 The landscape of pharmaceutical development for mental disorders has changed over recent years, with pharma companies abandoning traditional neuroscience drug discovery programs and turning instead to gene-based research.

Schizophrenia is one mental illness which, despite numerous attempts and lots of promise, has not seen a successful new drug emerge to the market with a novel mechanism of action in over 60 years, when researchers found that symptoms could be alleviated by targeting the brain’s dopamine system.

Let’s take a look at how this discovery was made and why it’s too soon to abandon the quest for new and better drugs.

Schizophrenia is a complex disorder made up of a number of signs and symptoms, which researchers classify into two major groups:

Positive symptoms are abnormal experiences, such as delusions, hallucinations and formal thought disorders, where the person’s reality is distorted. These symptoms are often accompanied by bizarre behaviours.

The positive symptom category is perhaps the most widely recognised, as the media often depicts people with paranoid-type delusions or threatening auditory hallucinations (think of Shine).

Negative symptoms are an absence of normal behaviours such as anhedonia (lack of pleasure), avolition (lack of motivation), alogia (lack of speech) and affective flattening (reduced emotional intensity). These are similar to symptoms and signs of depression.

Sometimes people with schizophrenia have cognitive impairments, affecting their working memory and attention. These symptoms are most prominent in a particular genetic subtype of schizophrenia.

None of these symptoms are unique to schizophrenia, but the combination of symptoms is relatively easily recognised. The symptoms often lead to significant social and occupational impairments, making schizophrenia one of the major social burdens in the world.

Like most therapeutic classes of drugs in use today, antipsychotics were not first developed in attempt to treat schizophrenia.

Chlorpromazine was the first drug noted for its antipsychotic properties; but it was developed for its antihistamine properties, as an extension of anaesthesia research in the 1950s. Physicians found it could sedate patients without loss of consciousness and reduce patients' interests in their surroundings.

From this came the first treated case of schizophrenia with chlorpromazine. But it wasn’t until after the discovery of its ability to treat psychosis that we began to understand chlorpromazine’s mechanism of action.

Even today, 60 years after the discovery of the first antipsychotic, all currently used antipsychotic medications have one common feature of acting on dopamine D2 receptors.

We also know that drugs that increase the activity of dopamine – such as amphetamines and treatments for Parkinson’s disease – can induce a schizophrenia-like psychosis.

What dopamine does in the brain

Dopamine is one of the few neurotransmitters that has a relatively high public profile.

Some of the earlier research on dopamine noted its importance in basic behavioural concepts such as reward and reinforcement. Many recreational and habit-forming drugs also increase dopamine activity in some way. This led to ideas that dopamine was responsible for the hedonic or pleasurable aspects of drugs of abuse.

But stimulating dopamine does not necessarily give the experience of pleasure. Whether removing dopamine neurons or blocking dopamine receptors can result in an inability to experience pleasure is also controversial. Some argue that these kinds of manipulations make it more difficult to engage in activities leading to pleasurable outcomes, rather than reducing the pleasurable experience.

One of the more modern ideas is that dopamine codes the importance of a stimulus, or the “incentive value“. Dopamine is released in response to significant stimuli like natural rewards, drugs, and other important things that guide our behaviour (perhaps also aversive stimuli). The dopamine signal conveys a message about the importance of these stimuli and engages the necessary brain machinery to do something about it.

In people with schizophrenia, however, heightened dopamine activity may result in psychotic experiences. This may be due to a state called “aberrant incentive salience”. In other words, importance may become attributed to an inconsistent and irrelevant array of objects, experiences and people. This would have the effect that these objects have now been prioritised in the brain and require our attention.

Here’s one scenario: when enhanced levels of dopamine are sporadically released, the person may over-attribute the importance of the thing they were focusing on at the time, like a crack in the wall. The person then needs to explain why a seemingly innocuous feature is attracting so much of their attention. And the object takes on the unshakeable feeling of being somehow important.

From this, we can start to see the beginnings of the creation of a delusion. The delusion is an explanation of the strange sensation of importance attributed to the crack. Perhaps the person starts to think that there may have been a listening device implanted in the wall where the crack is and that’s why it is important.

This hypothesis can explain the preoccupation with insignificant details and behaviours associated with the delusion.

Antipsychotics have a range of unpleasant effects, which include mimicking some negative symptoms, disrupting the ability to perform smooth movements, metabolic disturbances and chronic use can result in brain atrophy.

The newer generation of antipsychotic medications appear to have a different adverse effect profile. But they may not actually be more effective than the older antipsychotics, with one possible exception — clozapine.

It’s important for researchers to continue to search for medications that have improved efficacy and side-effect profiles compared to the current range of treatments.