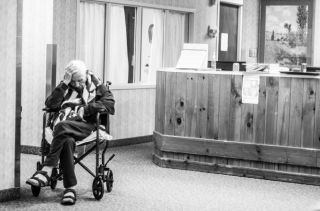 The older we get, the higher our risk of cancer. With age, we accumulate exposure to environments and chemicals that increase the risk of acquiring cancer-causing mutations. But the danger doesn’t increase in a linear manner, and we know little about why there is such a dramatic increase with ageing.

Accumulated damage isn’t the only thing going on as we age. The body’s cells also go through a process called senescence. Chief among the changes that come with senescence are alterations to the epigenome, the proteins and chemical modifications that are attached to our DNA. These epigenetic changes can influence which genes are active in different tissues.

During this phase of a human cell’s life, the changes are an attempt to shutdown the process of cell division. Cell division involves creating copies of chromosomes and distributing them into two identical copies of the parent cell. But cells that go senescent must stop multiplying.

Cancer cells manage to bypass the mechanisms that stop them multiplying, including those put in place during senescence.

In the new study, published in Nature Cell Biology, Peter Adams at the University of Glasgow followed the ageing process in fibroblasts, which are cells that form connective tissue.

Adams and his colleague found that ageing cells have less control over their epigenome leading to widespread changes in DNA. Many sections of the genome, which were supposed to be under the control of DNA methyltransferase (DNMT1), end up with fewer methyl groups than would be expected. While some sections, known as CpG islands, get more methyl groups. It was surprising that comparison of these epigenetic changes with those found in cancer cells showed many similarities.

According to co-author of the study Richard Meehan, a researcher at the University of Edinburgh’s Human Genetics Unit, the study shows that ageing cells have some of the same features as cancer. “But we must be careful about interpreting the results,” he said. The study involved looking at human cells in Petri dishes, so the experiments must be repeated in animals and then humans before we can draw firm conclusions.

If the study stands that test, however, then we will have a strong hint of why ageing increases our risk of cancer and better understanding of the ageing process. “I don’t know if the results will help us fight cancer, but if I am able to delay the ageing of my fibroblasts, one thing’s for sure: I’ll look a hell of a lot better when I’m older,” Meehan said.

Avi Roy, a researcher at the University of Buckingham, has also worked on the senescence of cells. He said, “What they have done is not completely new, but it is a big piece of work. And they have a lot of evidence to back up their claim.” Roy agrees with Meehan and warns that any conclusions about revealing how cancer works based on this work would be premature.

A 2011 study points to the difficulty of drawing wider conclusions. In the study researchers removed a particular kind of senescent cell from ageing mice. They found that in these mice many of the age-related diseases, such as cataracts, were delayed. “But the mice didn’t have their life extended. They died of either cardiac arrests or cancer,” Roy said. Much remains to be understood about how ageing causes cancer, and with the latest study from Adams and Meehan we take a few steps closer.