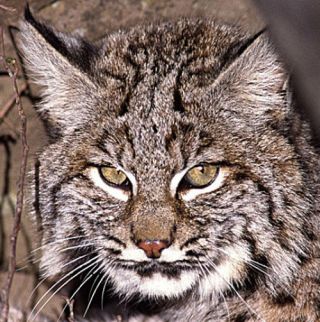 Recently, California has been in the spotlight for efforts to reform wildlife management and discard archaic practices, with Gov. Jerry Brown recently signing wildlife-protection bills into law.

For decades, The HSUS and its allies have campaigned vigorously to stop abusive trophy-hunting and commercial trapping practices — this year alone, we are leading the charge to stop the trophy hunting of wolves in Michigan and end the unsporting and inhumane practices of bear baiting, hounding and trapping in Maine.

On Oct. 2, Gov. Brown signed legislation to make California the first state in the nation to halt the use of lead ammunition in hunting. The HSUS led the fight, along with Audubon California and Defenders of Wildlife, besting the National Rifle Association, the National Shooting Sports Foundation and other hunting-rights lobby groups that called for the status quo and the continued incidental poisoning of countless birds and mammals, including endangered California condors, in the Golden State. Gov. Brown also signed legislation, on the same day, to forbid the trapping of bobcats around Joshua Tree National Park and other national parks and wildlife refuges — a second major wildlife victory.

The bobcat bill — Assembly Bill 1213, authored by Assemblymember Richard Bloom (D-Santa Monica) — was initiated by residents around Joshua Tree National Park. Those residents realized that commercial trappers were lining up on the park's boundaries and literally luring bobcats out of the park, where they are protected, and into cage traps. Trappers kill bobcats for their fur, which sells for as much as $700 a pelt on the international market — mainly in China, Greece and Russia. Los Angeles Times reporter Louis Sahagun broke the story earlier this year, featuring local residents who were appalled by the exploitation of the beautiful cats.

This issue has special meaning for me. In 1994, I worked hard lobbying to pass the California Desert Protection Act, which made Joshua Tree a national park and expanded the boundaries of the former national monument. Then in 1998, I helped lead Proposition 4, a California ballot initiative to ban the use of body-gripping traps to kill fur-bearing animals.

With those two policy gains, who would have thought that bobcats living mainly in Joshua Tree would still be at risk?

But animal exploiters are nothing if not resourceful, requiring constant vigilance on the part of animal advocates. So now it was our turn again to cut them off at the pass.

California already protected bobcats from steel-jawed leg-hold traps and snares; it banned trophy hunting of another big cat — the mountain lion; and it banned chasing bears and bobcats with packs of dogs — a gain The HSUS and its allies secured last year. It was time for the state to stop unscrupulous trappers from killing park-residing animals for nothing more than their pelts.

Pacelle's most recent Op-Ed was "As Constrictor Attacks Continue, Look to the Snake Trade" This article was adapted from "Roaring for Bobcats," which first appeared on the HSUS blog A Humane Nation. The views expressed are those of the author and do not necessarily reflect the views of the publisher. This version of the article was originally published on LiveScience.