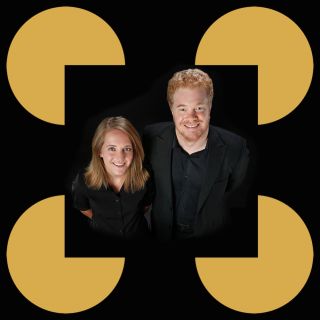 In the Kanizsa square above, your brain completes the square in the middle.
(Image: © Donna Pritchett/John Russell, Vanderbilt University)

Look closely at the FedEx logo and you'll notice the space between the "E" and the "x" creates the outline of an arrow. Now, a new study reveals the part of the brain that creates such invisible shapes.

The FedEx arrow is just one example of a common optical illusion, whereby the brain "sees" shapes and surfaces within a fragmented background, although they don't exist. Scientists studied the effect in monkeys, finding a group of neurons in part of the visual cortex that fire when the animals viewed an illusion pattern.

Besides monkeys, studies have shown that a host of other animals experience shape illusions, including cats, owls, goldfish and honeybees. Scientists think the mental quirk might have evolved to help animals spot predators or prey in the bushes. [Eye Tricks: Gallery of Visual Illusions]

"Basically, the brain is acting like a detective," study leader Alexander Maier, a psychologist at Vanderbilt University in Nashville, Tenn., said in a statement. "It is responding to cues in the environment and making its best guesses about how they fit together. In the case of these illusions, however, it comes to an incorrect conclusion."

The visual cortex, a part of the brain at the back of the head, processes visual information in mammals. Scientists often divide the visual cortex into five regions labeled V1 through V5.

Visual signals from the eyes go to the primary visual cortex, V1, which detects their orientation, color and spatial arrangement. The brain splits that information into two streams, known as the dorsal and ventral streams. Both pathways go to V2, which makes some connections to V3.

The dorsal stream, sometimes called the "where" pathway, connects to V5, and is involved in detecting motion and locations of objects, as well as helping with hand-eye coordination.

The ventral stream, or the "what" pathway, goes to V4, and is involved in form and object recognition. Maier and his colleagues hypothesized that V4 might be involved in producing illusory contours.

In the study, the scientists trained monkeys to stare at a screen with an image of a Kanizsa square (a variant of the Kanizsa triangle) — four "Pac-Man" shapes with their mouths arranged to form the corners of a square. The square doesn't actually exist, but the brain creates one by mentally connecting the dots.

When the monkeys were looking at the Kanizsa square, neurons in V4 of their brains that were involved in representing the middle of the square started firing. But when the monkeys saw the same Pac-Man shapes facing outward, so they no longer framed a square, those same neurons turned off.

The results, detailed today (Sept. 30) in the journal Proceedings of the National Academy of Sciences, suggest V4 is the part of the primate brain that represents illusory shapes.

The effect is like "hallucinating without taking drugs," Maier joked.