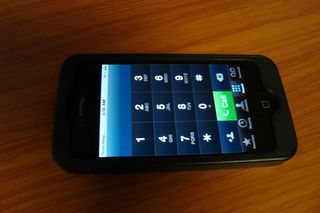 Researchers have developed a new kind of thin, spray-on coating — activated by light and designed to destroy microbes on everyday surfaces.
(Image: © Morguefile)

When you peer through the smear on the screen of your smartphone, thousands of tiny microbes are staring back at you, waiting to hitch a ride on your fingertips.

Harmful microbes lurk everywhere — doorknobs and faucets, locker rooms and hospitals. It's enough to make a germophobe afraid to touch anything.

A new antimicrobial coating on the verge of being commercialized by a research team at the University of Florida, however, could change the landscape for surface-to-skin microbe transmission.

Healthcare facilities, including hospitals and assisted living facilities in particular, could benefit. Patients and visitors pick up 2 million infections each year in healthcare settings, and 90,000 patients die, according to the Centers for Disease Control. Treating healthcare-acquired infections costs $4.5 billion a year, the CDC says.

The new antimicrobial coating, called "PhotoProtectTM," was developed at the University of Florida's Particle Engineering Research Center. It is designed to act as a barrier between microbes on surfaces and humans. The material, developed by researchers Vijay Krishna, Ben Koopman and Brij Moudgil, can be sprayed on any surface to form an invisible coating that is activated by indoor light and kills all microbes that come in contact with it. The coating uses ingredients such as titanium dioxide and polyhydroxy fullerenes, which are found in food and cosmetics, respectively, and last up to a year.

"Other [photocatalytic] coatings in use require such a thick coating that everything turns white," said Moudgil, distinguished professor of materials science and engineering and director of PERC. "PhotoProtect coating is so thin you won't even notice the coating is there."

A UF start-up company, NanoHygienix LLC, has taken an option to commercialize the technology.

The coating is designed to have advantages over other common antimicrobial products, which either do not kill all types of microbes or leave dead microbes on the surface, decreasing the lifetime of the coating. Furthermore, microbes can develop resistance, eventually rendering the coating useless.

PhotoProtectTM, on the other hand, mineralizes microbes, turning them into carbon dioxide and water, making it impossible for microbes to develop resistance or leave a residue. The new product degrades even the hardiest microbes on earth — bacterial and fungal spores — the developers say.

Moudgil and Koopman credit a comment from a colleague in the UF School of Building Construction for piquing their interest in the research project, now nearly a decade in the making. The colleague mentioned that asthma in children in subsidized housing was increasing at a faster rate than asthma in children in other housing and asked them if an economical antimicrobial agent could be developed to keep the children from becoming infected with microbes that triggered asthma.

Moudgil's research group was one of a handful chosen to develop new technologies by the National Science Foundation's Accelerating Innovation Research program, and showcased at the NSF grantees meeting in May. The national showcase is designed to highlight research that is ready for commercialization.

The technology is one of several particle-based technologies that have been commercialized through discoveries at PERC, which was launched in 1994 and funded by NSF from 1994 through 2005.

Healthcare-acquired infections are an escalating problem. MRSA, methicillin-resistant Staphylococcus aureus, is a highly contagious staph bacterium that can be fatal. Moudgil said a recent study showed that up to 90 percent of MRSA remains on surfaces after a hospital room has been cleaned.