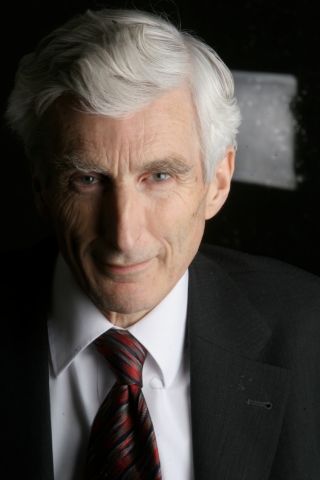 Science has captivated people for centuries, but public understanding of science is more important now than ever, says cosmologist and astrophysicist Martin Rees.

"Science isn't just for scientists — it's not just a training for careers," Rees, Britain's Astronomer Royal, said in a talk Sept. 12 at the British Science Festival in Newcastle, England. "Today's young people — all of them — will live in a world ever more dependent on technology, and ever more vulnerable to its failures or misdirection."

From scanning the heavens for exosolar planets to developing alternative energies here on Earth, Rees gave a whirlwind tour of the scientific issues that will dominate the next century. [10 Science Discoveries to Be Thankful for]

Science is the one culture that's truly global, and should transcend barriers of nationality or faith, Rees said. Science gives us an understanding of the emergent complexity of the universe, from the "big bang" to the human brain.

However, "it's important that everyone realizes how much scientists still don't know," Rees said. Scientists may be able to describe distant galaxies with amazing precision, yet predicting the weather can be much less accurate. It's not the size of things that makes them hard to understand, but their complexity, Rees said.

Astronomers can trace cosmic history back to the first nanosecond, and describe what the universe was like when it was the size of a tennis ball. Other exciting developments have enabled the discovery of hordes of planets orbiting other stars.

"Would there be life — even intelligent life — on these faraway planets?" Rees asked. "We still know too little to set the odds," he said, adding that he hopes today's young scientists will find the answers.

Today's youth will be living in a much different world by mid-century, Rees said. The world population was 3 billion 50 years ago, and more than 7 billion now. By 2050, global population is expected to reach between 8.5 billion and 10 billion, mostly in developing world.

"The world's intellectual and physical capital will shift to Asia — the end of 400 years of hegemony by Europe and North America," Rees said.

The planet couldn't support the current population if everyone lived like modern Americans do. But newer agricultural technologies, including genetically modified crops and improved irrigation, might be capable of producing enough food for 9 billion people, Rees said.

The world's growing population will increase demand for energy and other resources. And climate change will likely exacerbate the problems.

It's a fact that atmospheric carbon dioxide levels are rising, mainly due to burning of fossil fuels, and that this will cause long-term warming, Rees said. But it's not clear how big the effects will be, he said.

Complicating the situation is the lack of political consensus. Climate change is an international issue, by definition. It happens slowly, on human time scales. And the severity of the problem isn't easily quantified. Rees said it's important to keep the science separate from the policy response.

To meet humanity's energy needs, Rees advocates a diverse approach. More research on next-generation nuclear reactors is needed, since current technology dates back to the 1960s, he said. Wind technology is the most "mature" technology, he said. In terms of biofuels, Rees thinks genetically modified organisms (GMOs) could prove useful. And solar energy may be the best long-term option for Europe, he said.

"The 'clean energy' challenge deserves a commitment akin to the Manhattan project or the Apollo moon landing," Rees said.

Rees took an optimistic view of the scientific challenges ahead, but also pointed out some of the ethical dilemmas — cognitive-enhancing drugs, genetics and "cyborg" humans, to name a few. Rees also mentioned the singularity, the point at which intelligent machines will surpass human beings, dramatic life extension and advances in robotics. [Super-Intelligent Machines: 7 Robotic Futures]

Robots will play a vital role in exploring space, Rees believes. "In the second part of this century the whole solar system will be explored by flotillas of miniaturized robots," he said. He hopes that human explorers will follow, if only for the adventure.