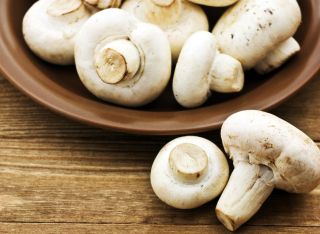 A new diet fad claims that replacing one meal a day with mushrooms will help women shed fat, but only in certain parts of the body — the waist, hips and thighs — but not the bust.

The two-week diet, called the M Plan, according to the Daily Mail, has been touted by celebrities such as Kelly Osbourne and Katy Perry.

Experts say that there's nothing magical about mushrooms — replacing one meal a day with any vegetable would help a person lose weight, said Katherine Tallmadge, a registered dietitian, and op-ed contributor to LiveScience. [Lose Weight Smartly: 7 Little-Known Tricks that Shave Pounds]

And the claim about selective weight loss doesn’t hold up to science. "There's no evidence that any diet … will help you lose weight in a particular spot," Tallmadge said.

How people lose, and also gain, weight is determined largely by genetics, Tallmadge said, but factors such as age and smoking habits also play a role.

Studies show older women are more likely to gain weight around their belly, likely due to changing hormone levels, Tallmadge said. Smoking has also been linked to an increased risk of gaining weight in the midsection.