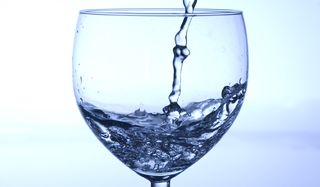 Disease outbreaks due to drinking water aren't as common as they were, say, a century ago, but there are typically at least a dozen yearly in the United States, according to a new report from the Centers for Disease Control and Prevention.

Over the two-year period of 2009 and 2010, there were 33 disease outbreaks linked to drinking water in the United States. The outbreaks sickened 1,040 people, including 85 who were hospitalized, and caused nine deaths, the report said.

Four of these outbreaks, including one involving a person's death, were linked with private wells, the rest were all due to community water supplies.

The most common cause of outbreaks was Legionella in plumbing systems, followed by untreated drinking water.

Another 12 outbreaks were linked with water sources other than drinking water, such as misting devices and cooling towers. Six people died in these outbreaks. Legionella bacteria caused the majority of these outbreaks as well.

Legionella outbreaks are particularly challenging because this type of bacteria "multiplies in plumbing systems within buildings, which usually fall outside of regulatory oversight," the report said. Two of the outbreaks occurred in facilities that had already installed treatment systems to control Legionella.

Additional efforts are needed to monitor well water sources to protect them from contamination, and educate the public about how to prevent outbreaks in wells.

There are also challenges with aging infrastructure: two outbreaks were caused by cross connections between potable and non-potable water pipes, the report said.

"Additional research is needed to understand the interventions that are most effective for controlling growth of Legionella and reducing outbreaks of legionellosis," the report said.

The report is published this week in the CDC's Morbidilty and Mortality Weekly Report.