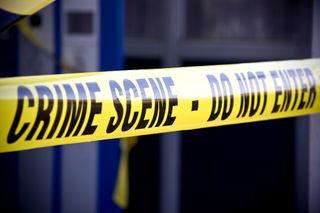 Youth homicide rates reached a 30-year low in 2010, following a fluctuating but generally downward trend since 1994, according to a new report.

In 2010, about seven to eight out of every 100,000 adolescents and young adults in the United States between ages 10 and 24 died by homicide, down from 16 out of every 100,000 in 1993, the year that youth homicide rates were at their peak point of the last three decades, according to the report from Centers for Disease Control and Prevention (CDC).

The decline, however, has slowed in the last decade, and has been slower for blacks and for all males, who are at the higher risk of homicide than other groups, the report showed. In 2010, about 13 young men in 100,000 were killed in homicides; the rate among blacks was 29 in 100,000.

"We are pleased with the promising decline," said report author Corinne David-Ferdon, a CDC scientist. "But we are concerned with slower decline in the past decade," and the lower pace of decline for those who are at highest risks, she said.

The results showed that despite an overall decline in homicide, some adolescents and young adults remain disproportionately affected, the report said.

Homicide is in the top three leading causes of death in adolescents and young adults ages 10 to 24 in the United States. In 2010, about 4,800 young people were killed in homicides.

The report looked at homicide rates from 1981 to 2010. Between 1985 and 1993, there was a sharp rise in rates. Research has pointed to the crack cocaine epidemic, increase in carrying weapons, and the weak economic situation of that period as contributing factors to this rise.

The decline in rates of homicides involving guns was slower than the decline in other homicides over the past decade. Nearly 80 percent of all homicides during the 30-year study period were firearm homicides.

The findings show progress in reducing youth homicides, but it is slowing, the CDC researchers said in their report. They called for implementing prevention approaches that begin in childhood, because although law enforcement can respond to violence, such agencies don't stop violence from happening in the first place.

"Prevention is absolutely possible," David-Ferdon said. "We have developed an understanding of what puts young people at a higher risk for criminal violence," she said.

She said prevention strategies should address multiple issues that increase risk. For example, school- based programs targeted to all children can change how they think and feel about violence, and build the communication skills needed to solve problems in nonviolent ways.

Other approaches that have been shown to reduce crime include educating parents, bringing communities closer and implementing programs such as business development, the researchers said.