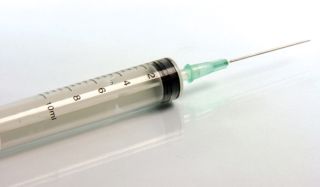 Dr. Bruce Moskowitz practices primary care in West Palm Beach, Fla., and is chairman of the board of the Biomedical Research and Education Foundation, which supported Moskowitz's founding of MyClinicalTrialLocator.com. He contributed this article to LiveScience's Expert Voices: Op-Ed & Insights.

Sadly, minorities remain underrepresented in these trials, despite initiatives by the U.S. Food and Drug Administration (FDA) and the U.S. National Institutes of Health (NIH) to encourage the production of clinical-trial data that more accurately reflects real-world diversity .

For example, Hispanics make up more than 16 percent of the U.S. population but represent only 1 percent of clinical-trial participants. It is important to increase the diversity of clinical-trial participants because there is growing evidence that gender and ethnicity play important roles in health care outcomes. Not only are certain groups at higher risk for specific diseases, but race and ethnicity play a role in how patients respond to drugs.

This summer marks the one-year anniversary of the FDA Safety and Innovation Act's (FDASIA) enactment, signed into law by President Obama. The law requires the FDA to report to Congress by July 9, 2013, on the diversity of participants in clinical trials, and the extent to which safety and effectiveness data — based on such factors as sex, age, race and ethnicity — are included in applications submitted to the FDA.

FDASIA's designers intend for the law to increase minority representation in clinical trials, which are all carefully designed to evaluate the effectiveness and safety of new medications, procedures and medical devices. The FDA uses clinical-trial data to evaluate drug safety, efficacy and optimal doses to approve medications and treatments, and minority participation is necessary for that data to accurately reflect the diverse U.S. population.

This year, the National Partnership for Action to End Health Disparities reported that minorities "live sicker and die younger," and have a significantly higher prevalence of chronic disease . In fact, the poor, the elderly and minorities — the very people who are at the highest risk of dying of cancer — are least likely to participate in clinical trials.

Many believe that people who participate in clinical trials are gambling with their health or being exploited, and there is a lingering lack of trust in the system that conducted the notorious Tuskegee syphilis experiments, a study conducted from 1932 to 1972 in which the U.S. government and the Tuskegee Institute tricked rural black men into thinking they were receiving free health care when they were actually being studied for the progression of untreated syphilis.

Other obstacles include a lack of insurance; a lack of awareness about clinical-trial treatment options; language and health literacy barriers to the often-complex consent process; eligibility criteria that excludes minority patients with multiple health problems; and such practical concerns as the cost of travel, a lack of childcare and missed work.

Despite these challenges, Americans are becoming more receptive to participation. A recent Research!America survey found that more than 72 percent of Americans said they would participate in a clinical trial if their doctor recommended one.

To capitalize on this willingness, we need to raise awareness that clinical trials can extend or save lives.

Encouraging minority participation is one of the goals of MyClinicalTrialLocator.com and its participating institutions. We created the site to offer consumers greater access to clinical trials around the world, help researchers access qualified trial participants, offer enrollment guidelines and supplement ClinicalTrials.gov, which is often difficult to navigate. To help patients find and enroll in trials, we now offer navigators, who will answer emailed questions.

But to succeed in this effort, we need more ethnic diversity among physicians and researchers, and partnerships with community health centers.

When more people — and a more diverse group of people — participate in clinical trials, everyone stands to benefit.