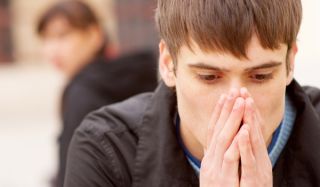 Sexual problems don't only affect older men. One-third of men between ages 18 and 25 suffer from at least one sexual dysfunction, according to a recent study from Switzerland.

Researchers also found that among men in the study, poor mental health was linked with premature ejaculation and erectile dysfunction.

"Even though [they are] often mild, sexual dysfunctions are relatively frequent among young men, and should be part of any medical screening," said study researcher Dr. Joan-Carles Suris, who specializes in adolescent health at the Institute of Social and Preventive Medicine in Bern. It‘s important that doctors look for such problems in their patients, to "give a clear message to young men that they can discuss these problems, which often can be very easily solved," she said.

But overall, the study shows only a glimpse of the problem, she said. What factors might contribute to the problem remain unclear, and should be further investigated.

The study was published in the June issue of the Journal of Adolescent Health.

Erectile dysfunction, or ED, affects as many as 30 million men in the United States, according to the National Institutes of Health.

Although it's not clear how many men experience premature ejaculation, about one out of five men in the U.S. between ages 18 and 59 may have the problem, according to the National Health and Social Life Survey.

Men with erectile dysfunction were more likely than men without the condition to say they had taken medication without a prescription, which could indicate that young men with ED tend to self-medicate or possibly treat their own sexual problems, the researchers said.

The finding that mental health and lifestyle choices are linked with sexual problems is in line with earlier research, said Christopher Edwards, a clinical psychologist at Duke University School of Medicine who was involved in the study. "Your mental and physical health influence sexual function," he said.

Although the study suggests that alcohol and tobacco use affects the blood vessels that influence sexual performance, more research is required, Edwards said. "We need studies that actually show us the cause of ED."

"However, it is important that doctors screen this issue and make it clear to young men that it's OK to bring up this discussion," she said.

Pass it on: Sexual dysfunction is more frequent among young men.