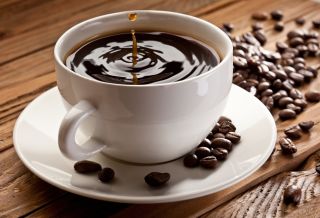 Drinking large amounts of coffee may hurt a woman's chances of becoming pregnant through in vitro fertilization (IVF), a new study from Denmark suggests.

In the study, woman who drank more than five cups of coffee per day were 50 percent less likely to become pregnant through IVF compared with women who did not drink coffee, the researchers said.

Drinking between one and five cups of coffee a day did not affect women's chance of pregnancy with IVF.

The findings suggest that consuming of large amounts of coffee is comparable to smoking in terms of the detriment to IVF success, the researchers said.

However, the study only found an association, and not a cause-effect link. And because there has been limited research on the effects of coffee on IVF, more work is needed to confirm the results.

In general, drinking coffee in moderation while trying to become pregnant in fine, said Dr. Avner Hershlag, chief of the Center For Human Reproduction at the North Shore Long Island Jewish Health System in Manhasset, N.Y. However, during pregnancy, doctors recommend that those who've undergone fertility treatments drink hardly any coffee, and so women may want to consider weaning themselves from coffee before their IVF treatment begins, Hershlag said.

Some studies have found caffeine consumption in pregnancy increases the risk of miscarriage and stillbirth, but few have examined the effect of caffeine on IVF success.

In the new study, Dr. Ulrik Schiøler Kesmodel, of Aarhus University Hospital in Denmark, and colleagues analyzed information from nearly 4,000 women who underwent IVF at a large clinic. At the beginning of each IVF treatment cycle, women were asked how many cups of coffee they drank daily.

The link between drinking more than five cups daily and a reduced chance of pregnancy held even after the researchers took into account factors that could affect the success of IVF, such as the women's age, smoking habits, body mass index, and the reason for infertility treatment.

But perhaps the coffee itself isn't behind the link.

It's possible that women in the study who drank more than five cups of coffee a day were less likely to become pregnant for reasons other than the amount of caffeine they consumed, Hershlag said. For instance, these women may have experienced high levels of stress, and turned to coffee as a way to cope, Hershlag said.

Women who feel stressed during IVF treatment should try to find other, healthy means of stress relief besides coffee consumption, Hershlag said.

The new study will be presented this week at the European Society of Human Reproduction and Embryology meeting in Istanbul, Turkey.

Pass it on: Drinking more than five cups of coffee a day reduces a woman's chances of becoming pregnant with IVF treatment.