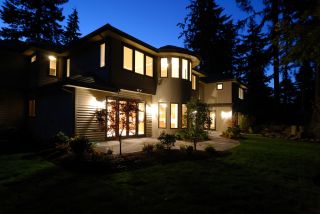 (Image: © House at night via Shutterstock)

Lighting up the night is essential to a 24/7 society, but it may have unintended consequences for human health, doctors say.

This week, the American Medical Association adopted a policy recognizing that exposure to excessive light at night, including lights from computer screens and other electronic media, can disrupt sleep, particularly in children and teens.

The wrong type of light at night can cause unsafe driving conditions, and too much night light may even increase the risk of cancer, experts say.

The AMA said it supports the need for further research into the health effects of light at night, as well as the development of new lighting technologies that reduce the effects of nighttime light on our body clocks.

One concern of the AMA is the effect of unshielded nighttime lights on driving conditions. When it's dark, our pupils dilate to let in more light. But if we see an unshielded light (a light without any lamp cover), our pupils will constrict, resulting in poorer vision, said Dr. Mario Motta, a cardiologist at North Shore Medical Center in Salem, Mass., and member of the AMA Council on Science and Public Health.

"It’s the same as if you're driving around with your eyelids half closed," Motta said.

The AMA reaffirmed its support of use of shielding on outdoor lighting. Like lampshades, such shielding directs light towards the ground, making it easier for drivers to see, Motta said.

The effect of nighttime light on the human body is still an emerging field, Motta said.

Studies in animals suggest that exposure to light for 24 hours a day dramatically increases the risk of certain types of cancer. And studies on people have found an association between exposure to light at night, or frequent nighttime waking, and an increased risk of breast cancer, Motta said.

Exposure to light at night disrupts production of melatonin, which is made during sleep. It's thought that melatonin may be a cancer suppressor, and that exposure to light may accelerate cancer development, Motta said.

In 2007, the International Agency for Research on Cancer classified working the night shift as a "probable carcinogen," Motta said.

Other studies suggest exposure to light at night may lead to weight gain, although more research is needed to confirm this.

Considering humans evolved over millions of years with an approximately 12-hour light/dark cycle, "It shouldn’t be surprising that we have effects if we keep lights on all the time," Motta said.

The increasing use of electronic media at nighttime, particularly by teens and children, is essentially a massive experiment on the population, Motta said. Electronic screens emit a lot of blue light, which is known to suppress melatonin production more than red light, Motta said. More research is needed to study the effects of blue-light exposure on sleep, he said.

Motta advised that parents keep their children on regular sleep schedules (i.e., have children go to bed at the same time every night). Ideally, there should be no lights in the room, but if the child is afraid of the doctor, a dim red light would be best to use, he said.

Pass it on:  Light at night may have unintended consequences on health.