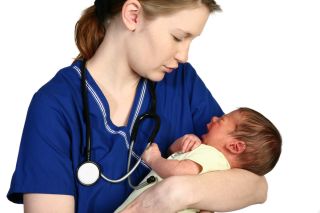 The rates of three rare childhood cancers have dropped since the U.S. began to fortify some foods with folic acid, a new study says.

All three cancers are believed to typically begin while a fetus is developing in utero, according to the study.

Some previous evidence had also suggested a link between folic acid and a lower rate of childhood cancers.

In the new study, researchers at the University of Minnesota and Washington University in St. Louis used data from the National Cancer Institute's Surveillance Epidemiology and End Results (SEER) program. They looked at cancer rates in children under age 5 between 1986 and 2008, but excluded children born between 1996 and 1998, because the fortification mandate was being implemented during the years these children were in utero.

In all, there were 3,790 cancer cases in children during the years before fortification, and 3,299 cases after fortification.

The researchers found that the drops in the rates of the rare tumors was greatest for children under age 1, though there was no drop in the overall rate of childhood cancers, they noted.

The study showed an association, not a cause-and-effect link between folic acid fortification and the drops in the cancer rates, the researchers noted. It's possible that the cancer rate reductions are due to other factors. However, there are reasons to think that folic acid did lower the cancer rate; for example, the sharpest decline was seen immediately following the beginning of fortification, they said.

The study is published online today (May 21) in the journal Pediatrics. The research was funded by the National Institutes of Health.