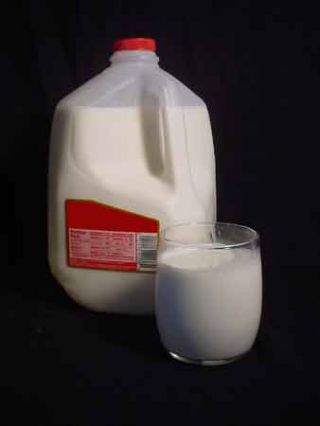 Wheaties may very well be the breakfast of champions, according to a new study that finds that eating an unassuming bowl of any whole-grain cereal with milk is superior to chugging a designer sports drink after a workout to replenish muscle fuel and protein.

The study, published last week in the Journal of the International Society of Sports Nutrition, demonstrates how sports drinks are largely unnecessary for recreational athletes.

Don't expect milk and cereal to replace sports drinks anytime soon, though. Mass marketing of these sweet sweat drinks ensures they will remain the beverage of choice for the Ironman wannabe in all of us.

Water before and during

Sports drinks aren't inherently evil. There's a science behind their creation, and they can be beneficial for serious athletes exercising intensely for more than an hour.

The primary function of a sports drink is to hydrate the body. Depending on your body weight, you might lose a quart or two of water per hour of exercise through sweating. A sports drink contains water, electrolytes (such as sodium and potassium lost in sweat), and sugar, euphemistically referred to as fuel.

Plain old water is fine for hydration when working out for less than an hour or even biking casually for two hours. Your body has enough fuel and electrolytes to last this long. Water is in fact superior because it contains zero calories. Gatorade contains 50 calories per 8 ounces of fluid, and bottles typically contain 20 to 32 ounces. So, to burn off those additional 125 to 200 calories, you'll need to run an extra mile or two.

The downside to water, though, is that it tastes like, well, nothing. You should be drinking at least 32 ounces of fluid total before and during exercise — this includes about 6 ounces every 20 minutes of exercise. For many of us adapted to this sweet American culture, drinking that much fluid via a sports drink is more palatable than drinking plain water.

Once you exercise hard for over an hour, your muscles begin to run out of fuel and fatigue sets in. A sports drink such as Gatorade with 5 to 8 percent carbohydrates (mostly in the form of sugar) can noticeably reduce fatigue. It's the beverage of choice if you're running a marathon.

Fancier sports drinks might contain proteins and other nutrients designed to help muscles recover after a workout. Water does nothing in this regard. But, how necessary is the sports drink?

Lynne Kammer of The University of Texas at Austin led a study comparing sports drinks and a milk-cereal combo for muscle recovery after moderate exercise among trained cyclists pedaling for two hours. Her team found that cereal and low-fat milk was just as good for replenishing the muscle with glycogen, its fuel source, and superior to a sports drink in helping fatigued muscle synthesize protein.

Not only is cereal with milk cheaper than a sports drink, Kammer said, the combo provides nutritional calories, not calories wasted in a drink.

Yes, this study was funded by General Mills Bell Institute of Health and Nutrition, the makers of fine breakfast cereals. But as Krammer told LiveScience, it is the protein-carbohydrate punch after a workout that really matters. Cereal and milk is simply one example of a high-quality, inexpensive and easily accessible protein-carb meal.

In the privacy of your kitchen, maybe it doesn't matter that milk and cereal isn't as hip as something that professional basketball players consume.